November started with powder turns at Alta. Excitement for the ski season upon us was still building; however we weren’t ready to hand up the bikes just yet. Christina planned to get one final weekend of riding in down in Moab, the forecast looked perfect. As happens to even the best laid plans we were forced to postpone. We free’d up our schedules for the following weekend. As the week wore on it was clear that we wouldn’t be riding in Moab, a beastly winter storm was rolling south of Park City and would crush south Utah, Arizona and New Mexico bringing multiple feet of snow to the higher summers and freezing rain to the lower elevations. In need of some adventure I kept the plan on track and we woke up early saturday morning and headed towards Moab not bikes, but skies in the car. 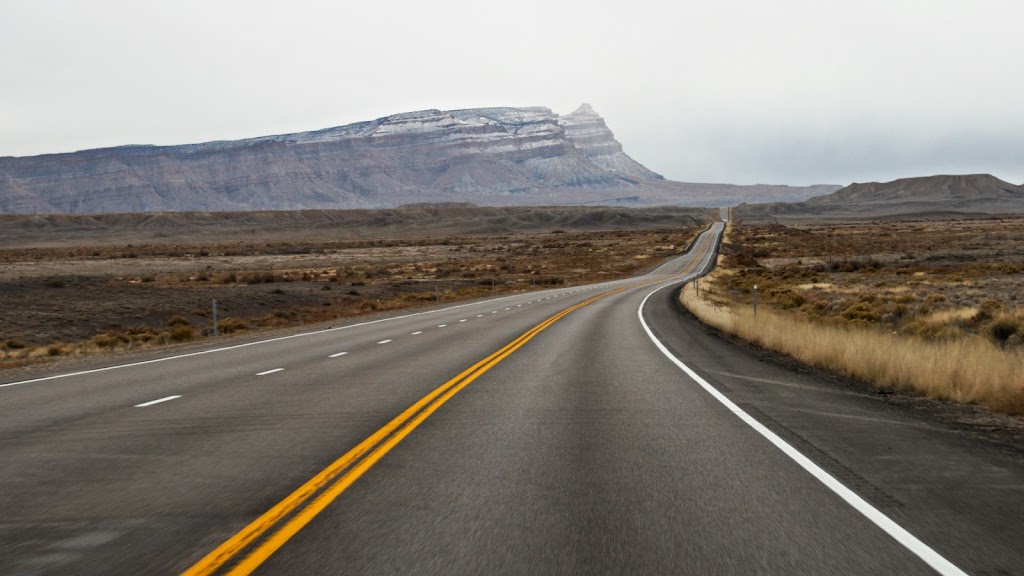 I confirmed that I can still sniff out the powder in my new region, however I think we spent more time maneuvering the trailblazer, and digging it out of the snow than actually skiing that the trip was a ski failure. I believe the comment “Is this enough adventure for you” directed my way…

December wore on, with a few decent ski days here and there, but honing technique on the groomers gets old fast. We sought out other activities to enjoy in our neighborhood. 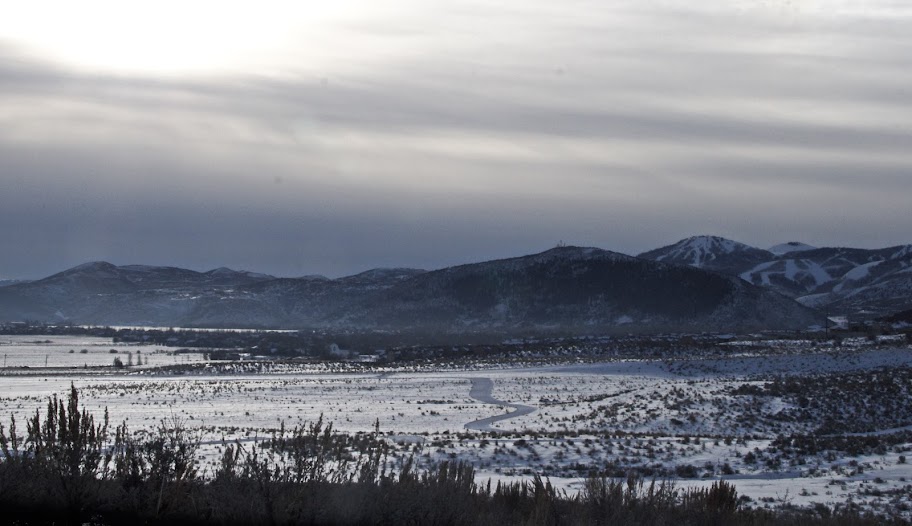 A short stroll from our doorstep we merged onto the Road to Sochi. 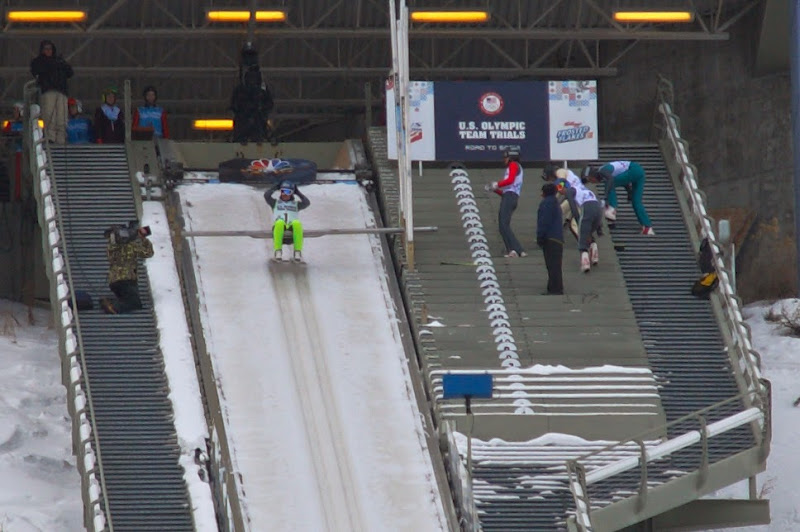 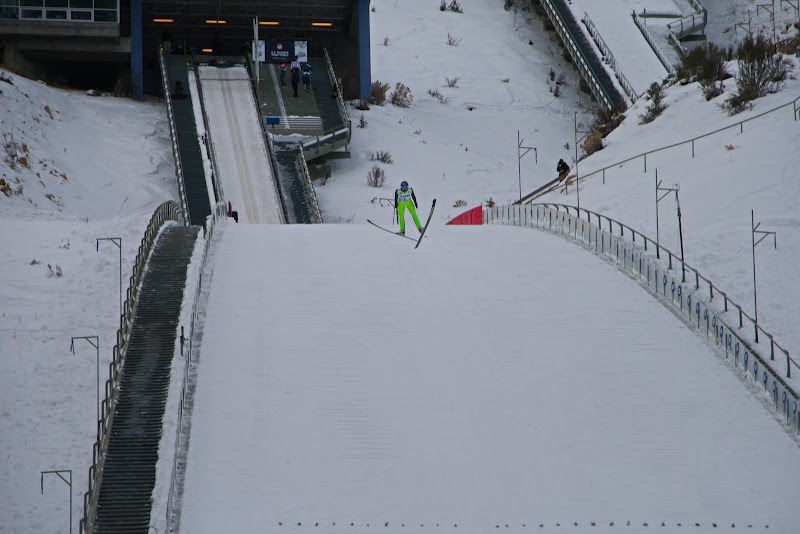 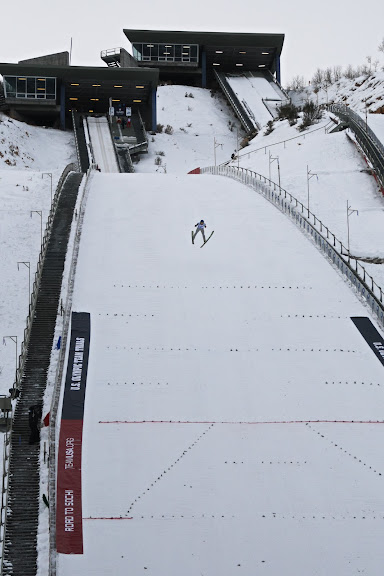 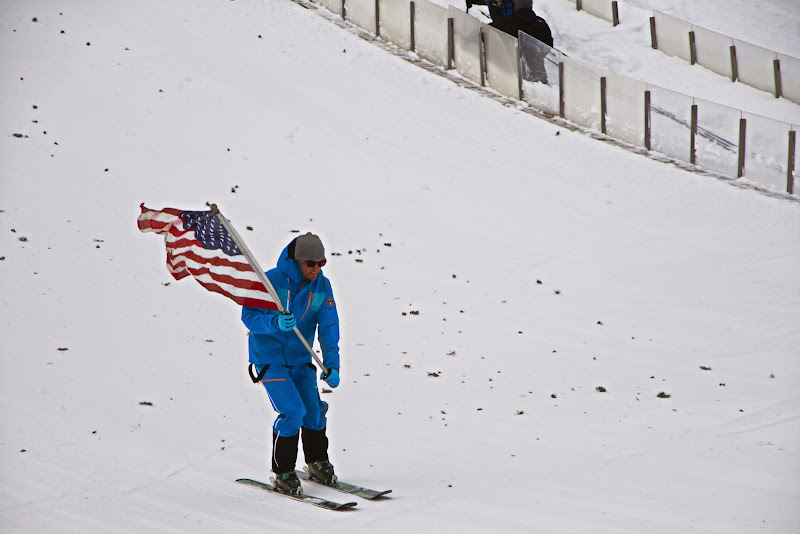 We weren’t exactly sure how to respond… 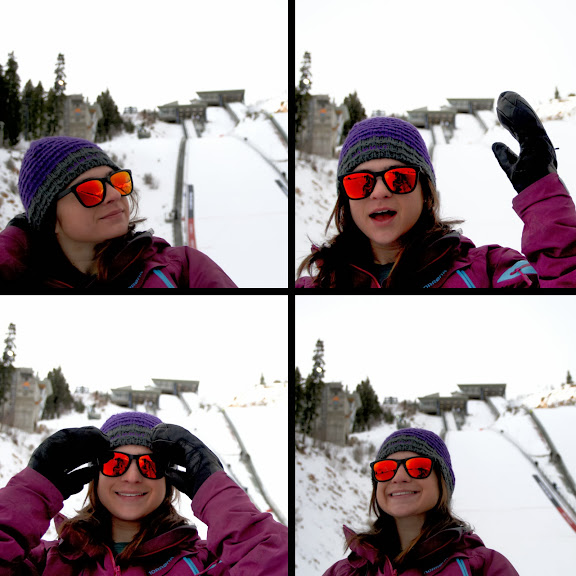 The snow still did not come, so I took to exploring our backyard desert. 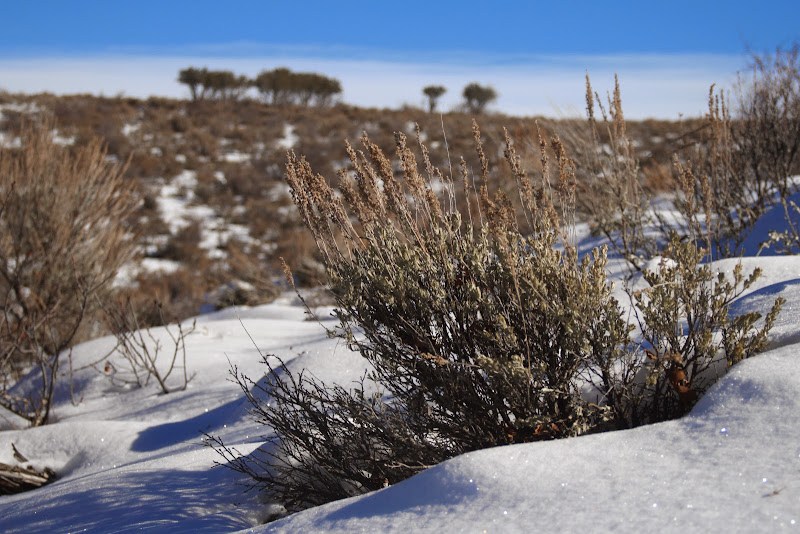 The temps stayed mild, the sky was blue. 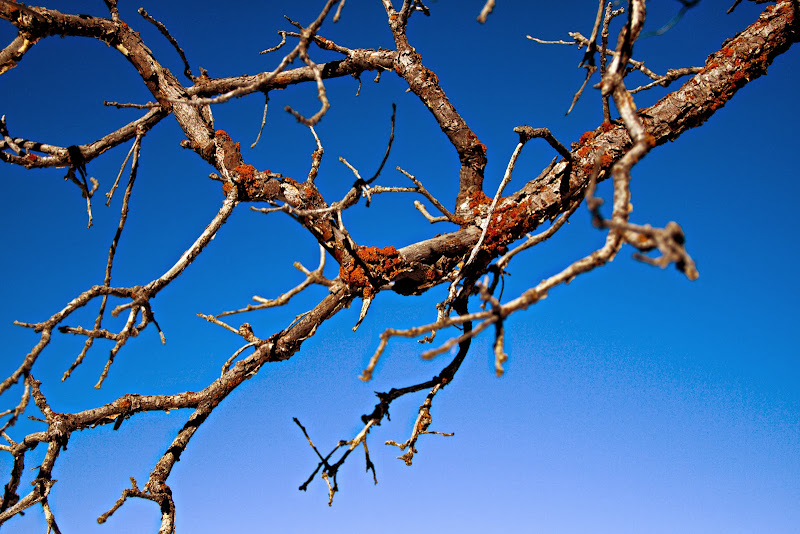 and the sun shone brightly. 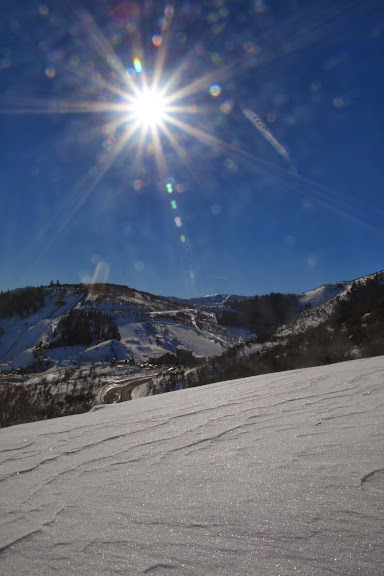 The plains transitioned to forests, and I meandered with the brooks, which still gurgled. 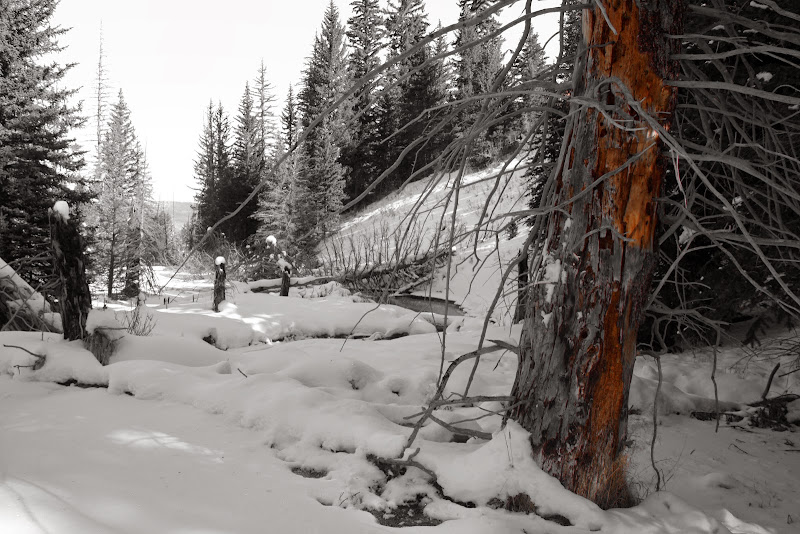 Hidden in the shade it was still cold enough for interesting frozen crystals to form. 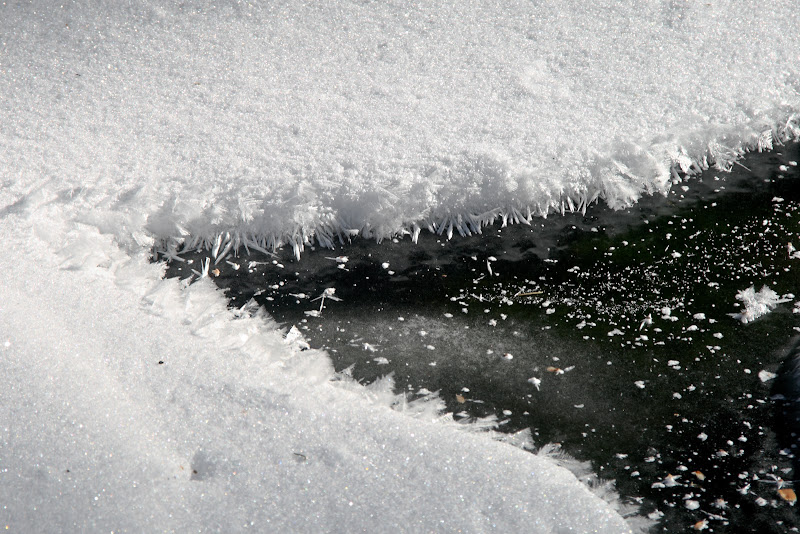 Moose are the most frequent travelers in this region, I follow their highway towards home, hidden from view below the next ridge. 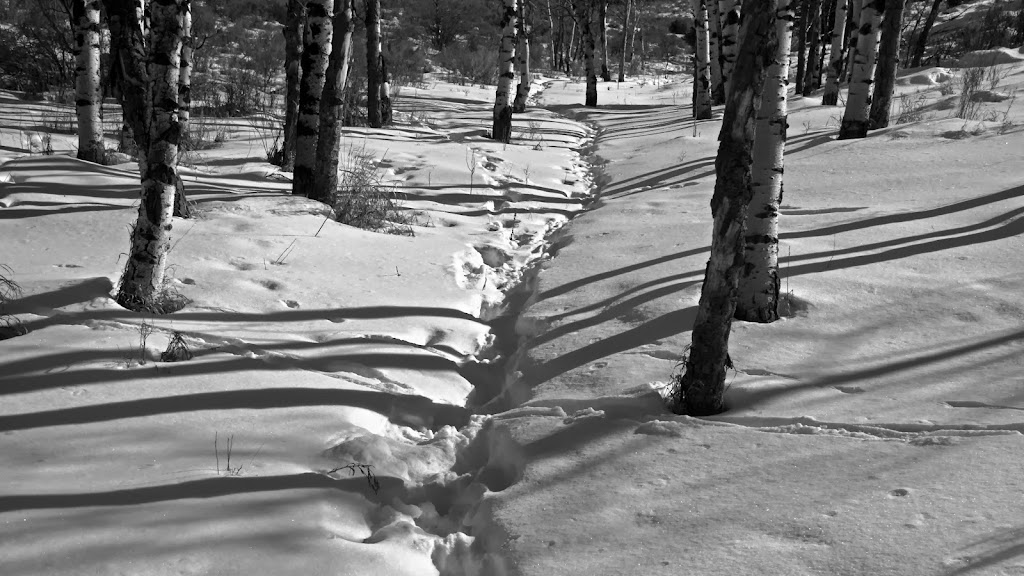 Emerging from the wilderness, kimbal junction comes into view. I stand atop my literal backyard skihill. 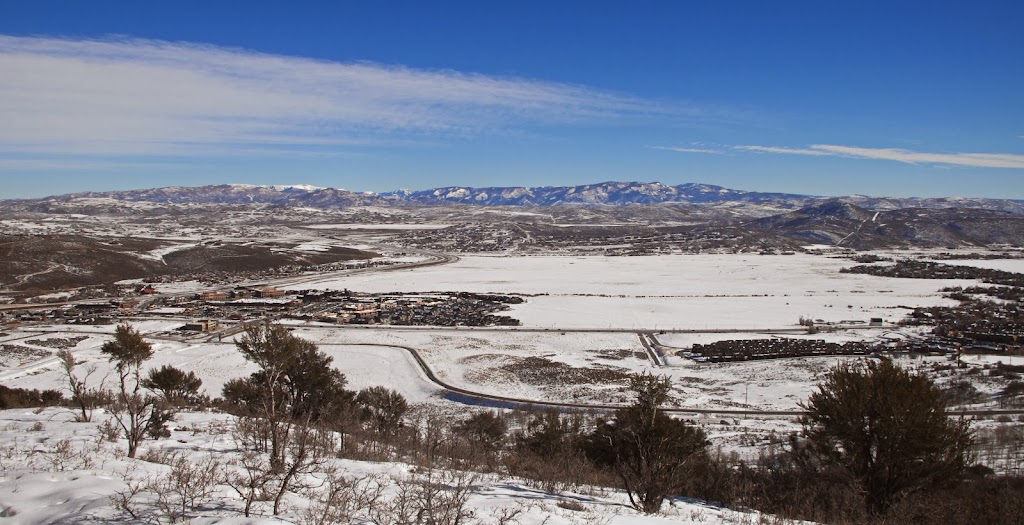 A few weeks late, more than 50% of the family was standing atop “backyard ski hill” with enough snow to schuss it. 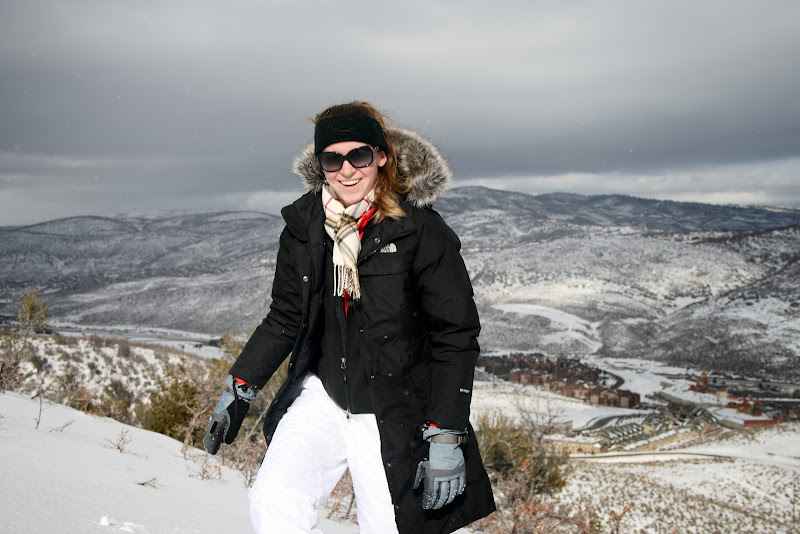 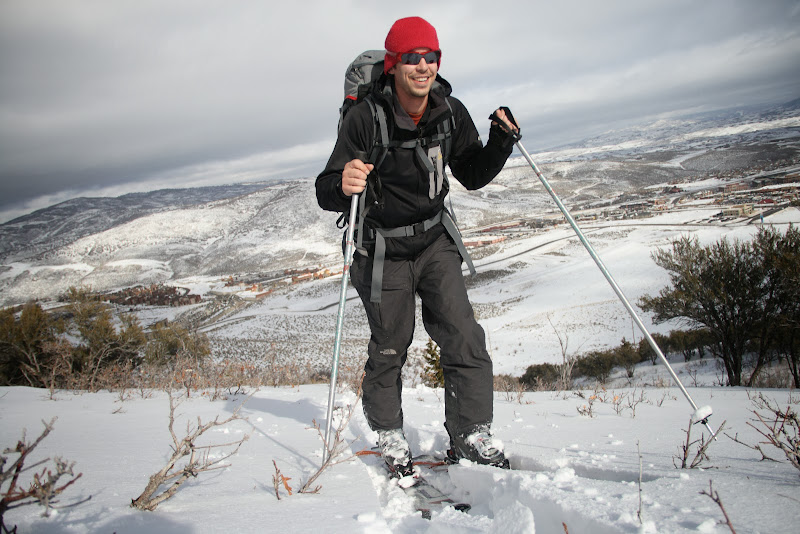 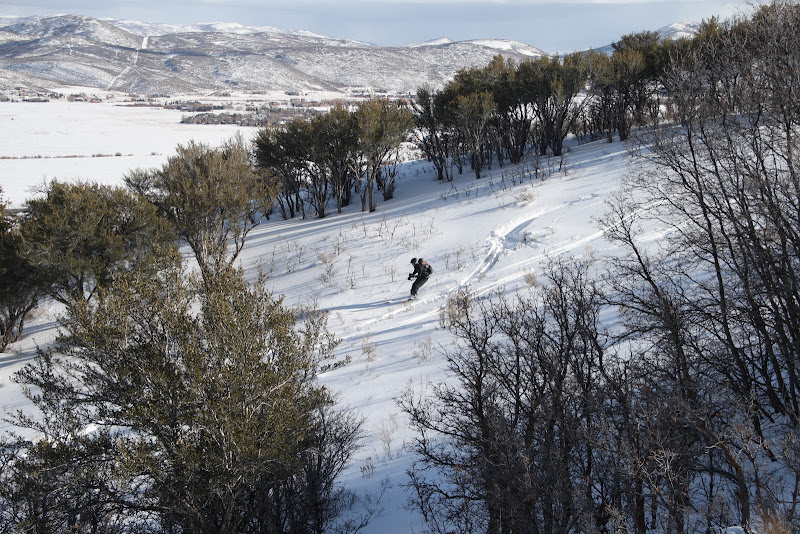 Tess choosing to peform the function of mountaineer model rather than backcountry skier. 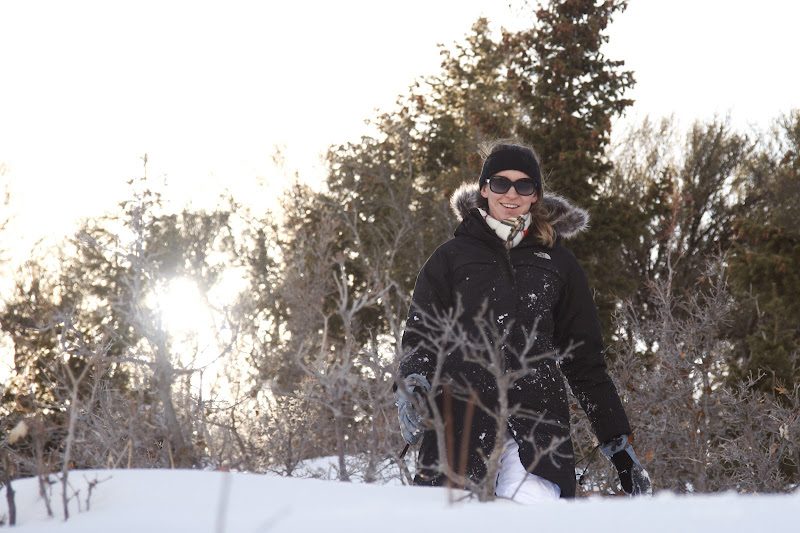 Tess & Nick were gone before I knew it and took the snow with them. It was back to high pressure weather explorations. 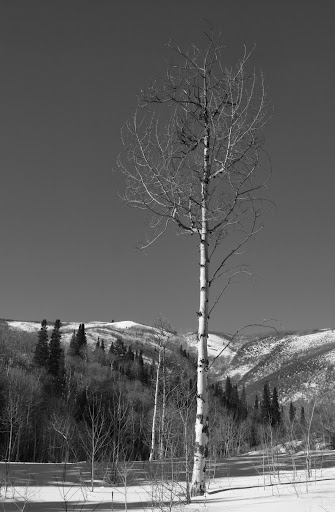 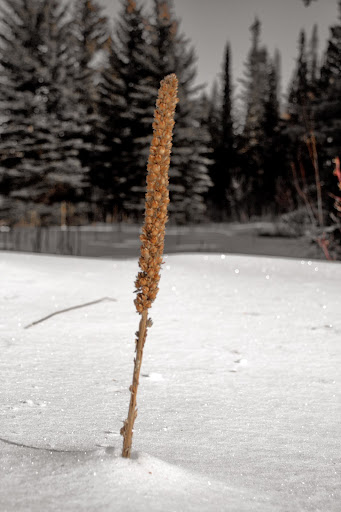 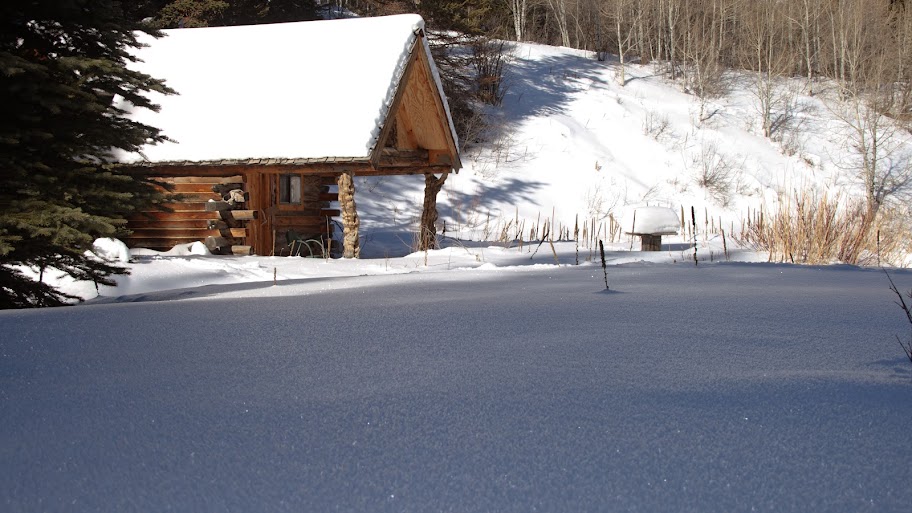 It might look like there is snow everywhere, but the mid elevation southern slopes are still bare. 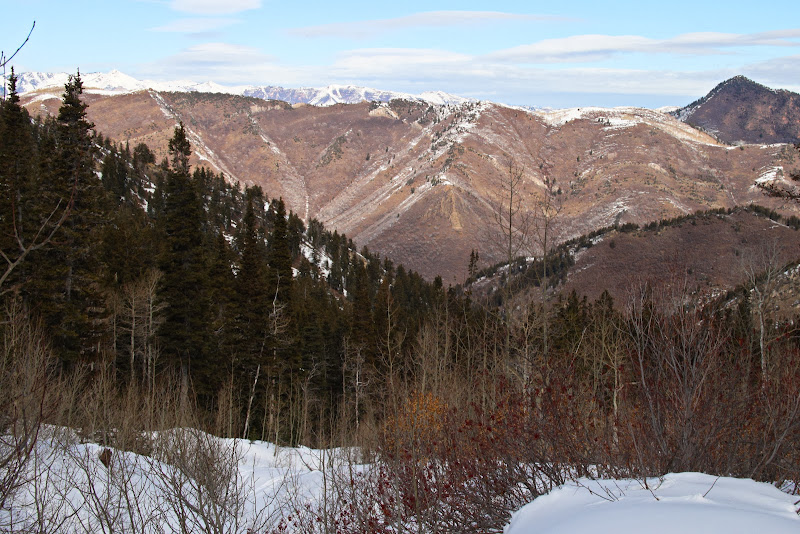 Powder day foretasted for tomorrow, maybe next time that view will look a little snowier.