To Zion goes I

Tumbleweed, that exists.  Utah is massive, and mostly desert.  The highways straight and speed limits aren’t very limiting.  When the forecast calls for wind, get ready to see tumbleweed flying in all directions if you happen to be driving I-15 south of salt lake city, which is exactly what I was doing several Fridays ago.  En route to meet Christina in southern Utah to enjoy the last days of the Montage shut down.  We still failed at securing a campsite at government run campground.  I think  you need to sell a kidney for a campsite; seriously it’s insane how they are at capacity all the time.  We settled for the campground run by quality inn, not ideal but it was very close to the entrance for Zion National Park, where we’d be spending the bulk of our time.  We enjoyed a campfire cooked meal in the dark, and rigged up a tarp over the tent.  Fortunately we had a tree to assist with the tarp supporting, trees aren’t so common in Utah.  Quite the contrast to camping along the kanc.  The skies opened up overnight, and there was a muddy mass exodus in the morning.  Hint:  if you want a very popular park more or less to yourself, plan to be there during bad weather.

Even we weren’t very motivated to go exploring given the current conditions. 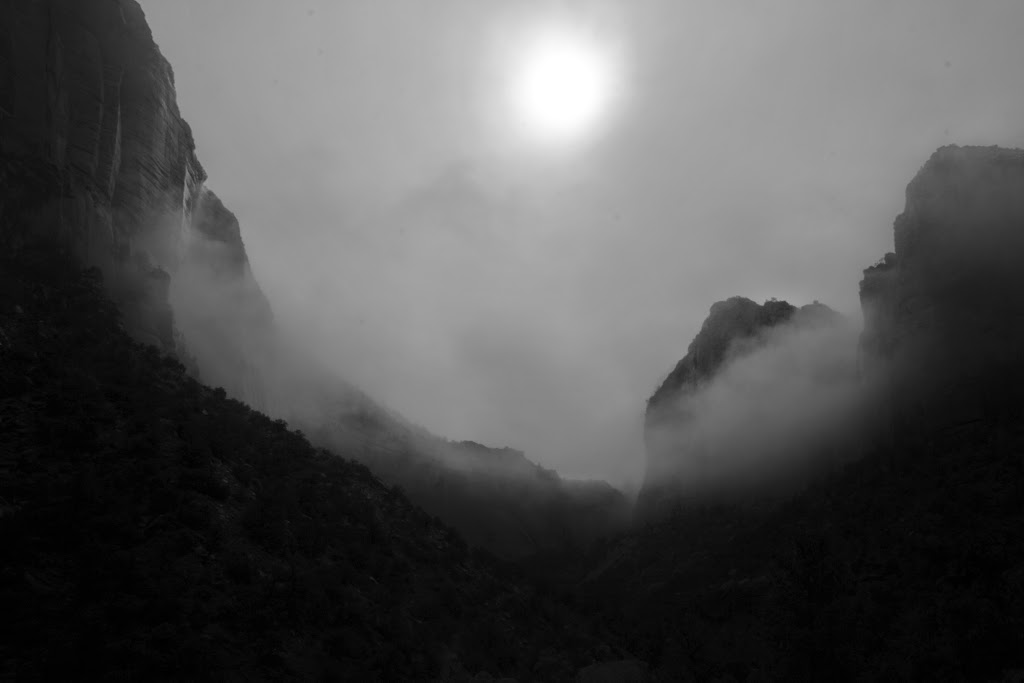 We had a sit down breakfast with several servings of java to get amped up for a chilly and wet morning.  Once in the park we realized what a opportunity it was to see waterfalls shooting off everywhere.  There was even snow at the higher elevations. 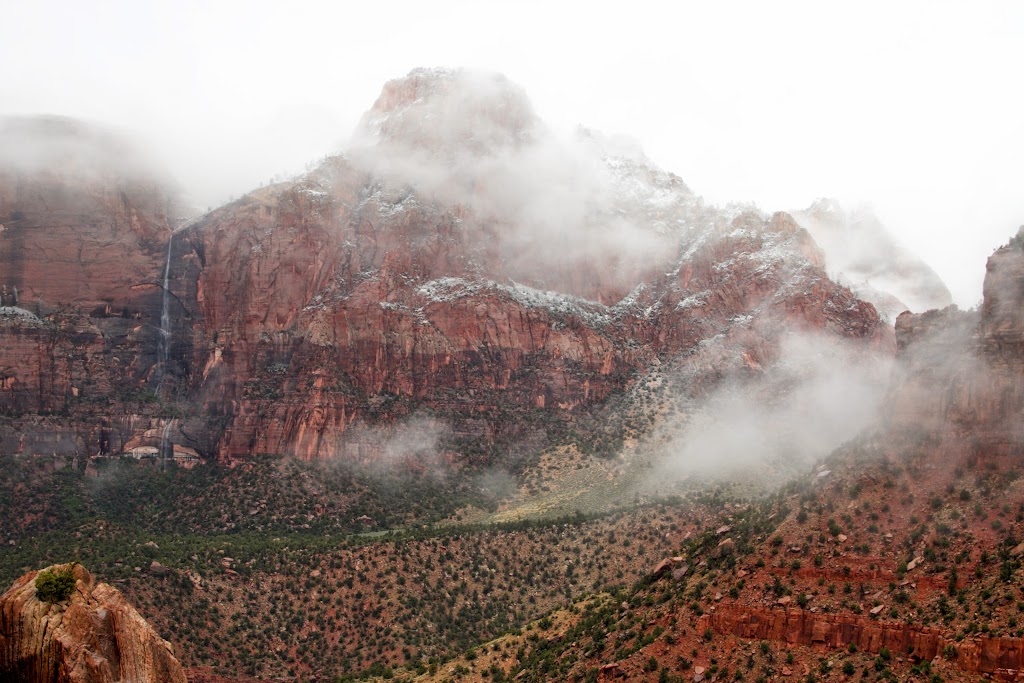 As the rain let up, fog took over making this sanctuary even more beautiful. 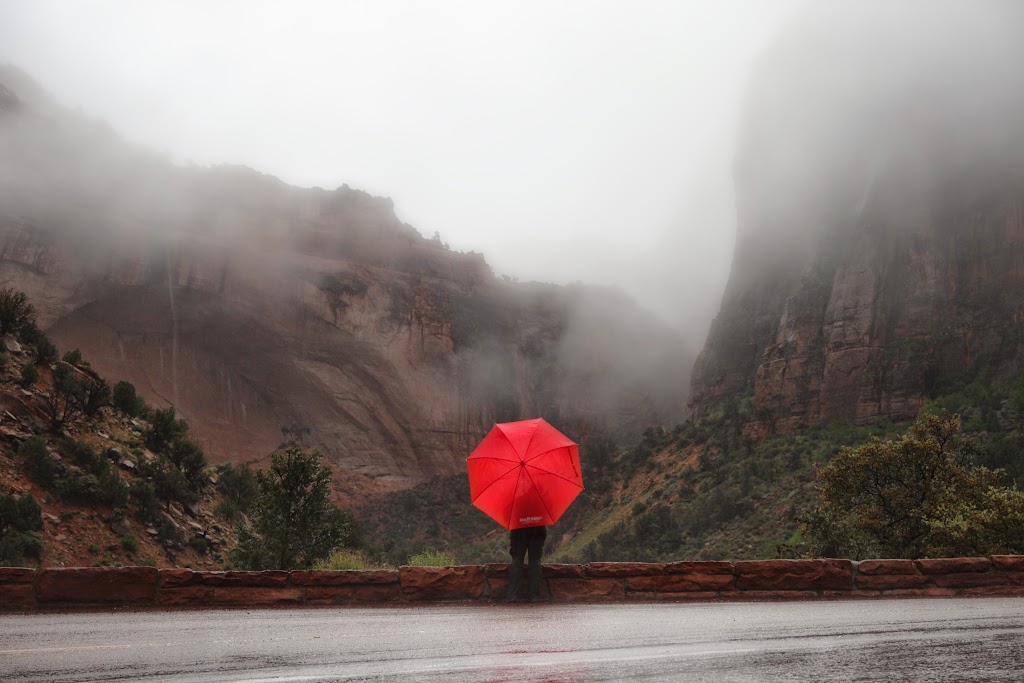 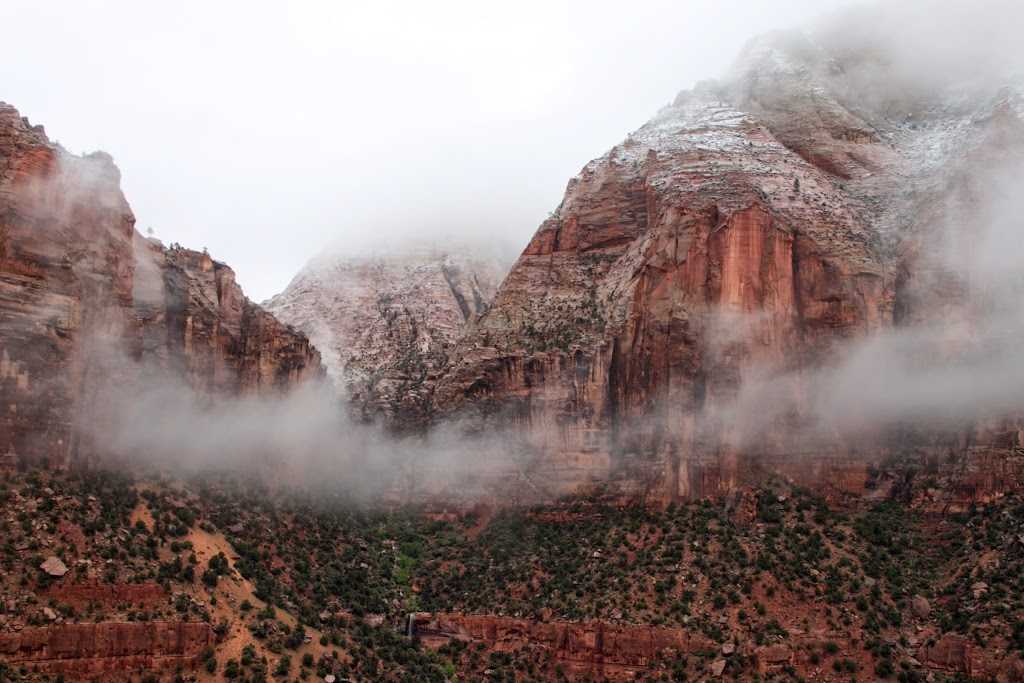 The rain was actually letting up flowing more along the terrain than from the sky by mid-morning. 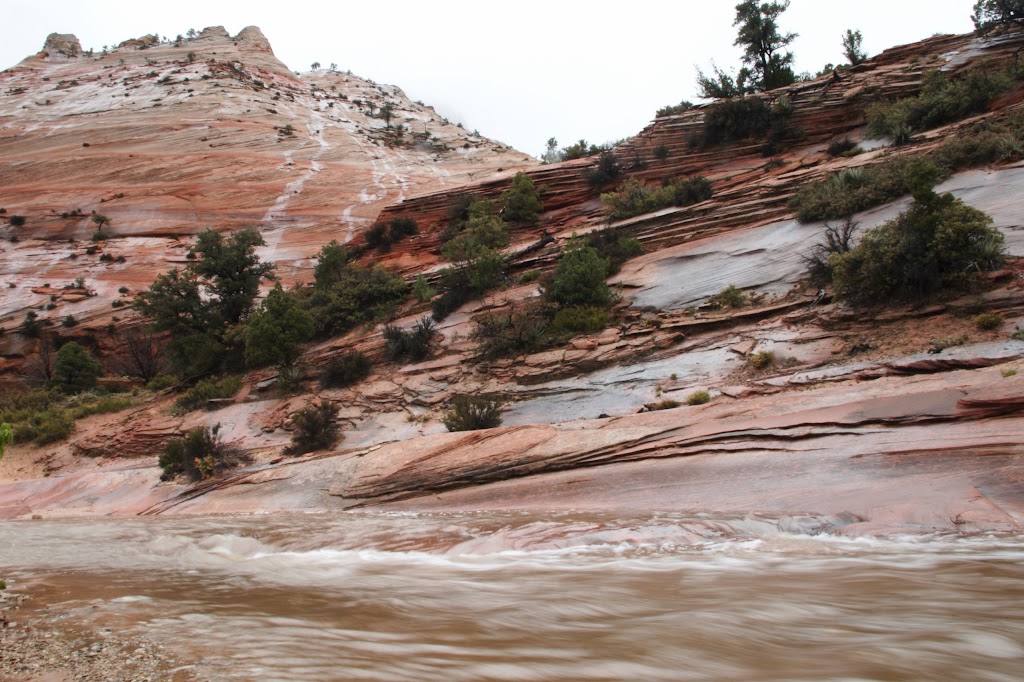 The wild flowers were thriving in the super moist environment. 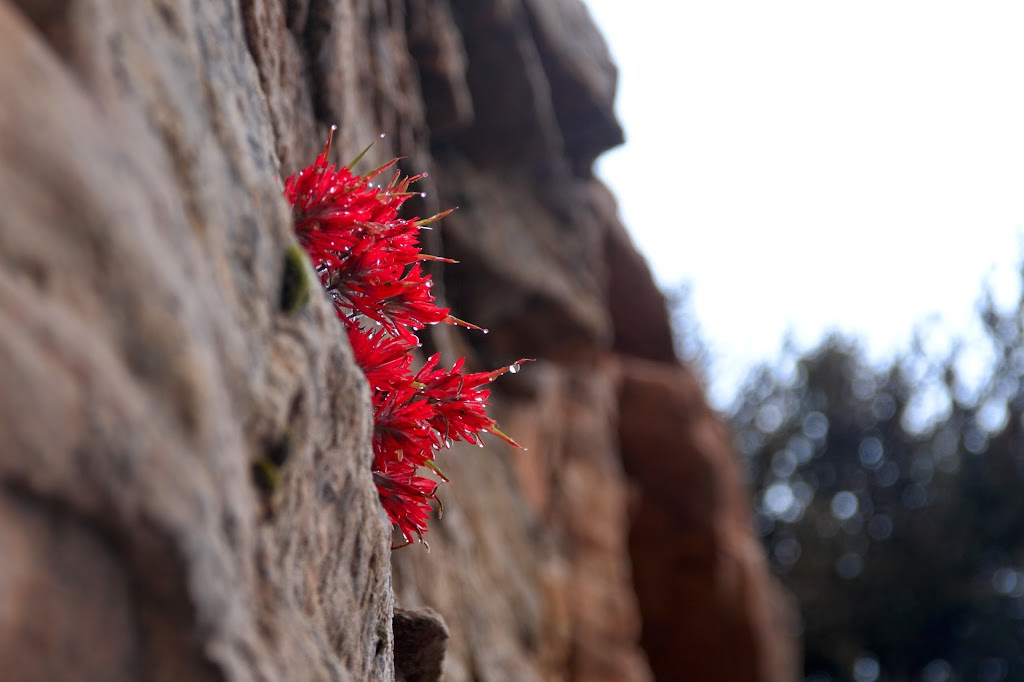 With the sky clearing and slick rock already drying we went exploring and found breathtaking views. 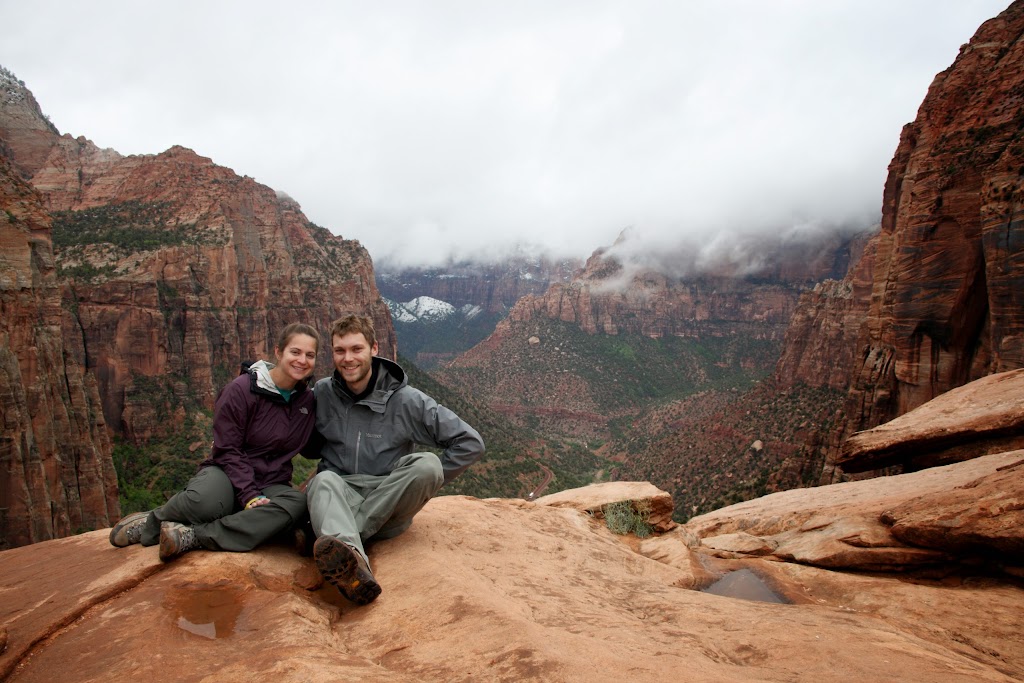 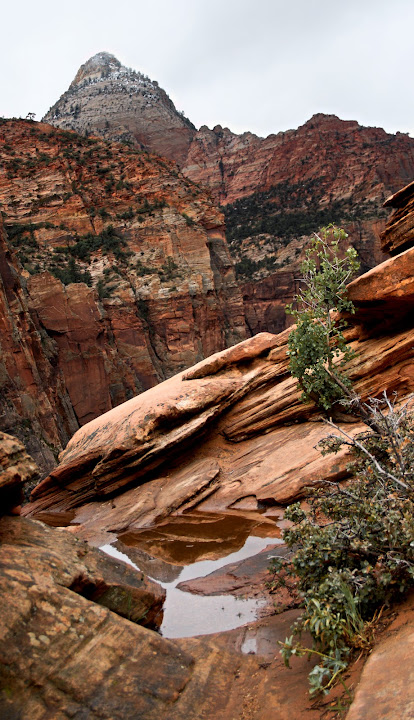 as well as other creatures emerging from their holes 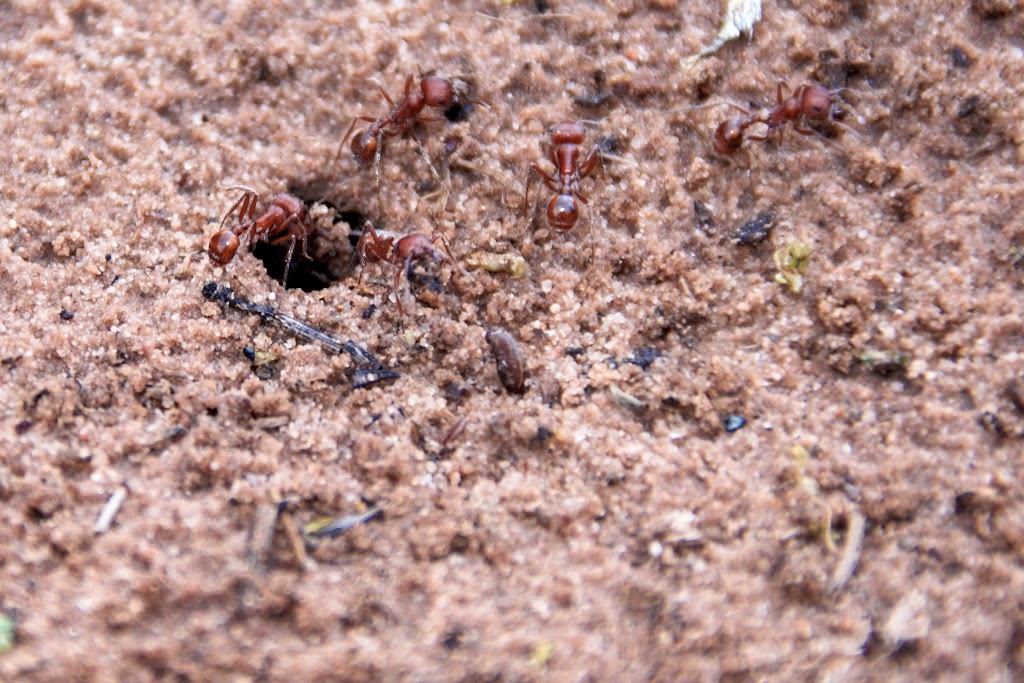 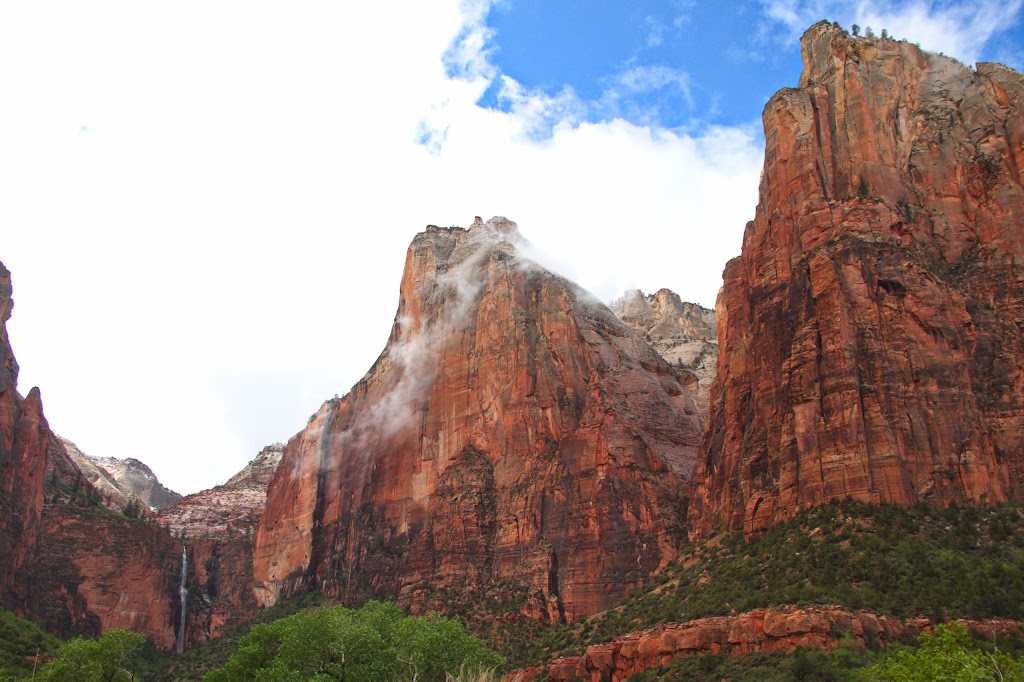 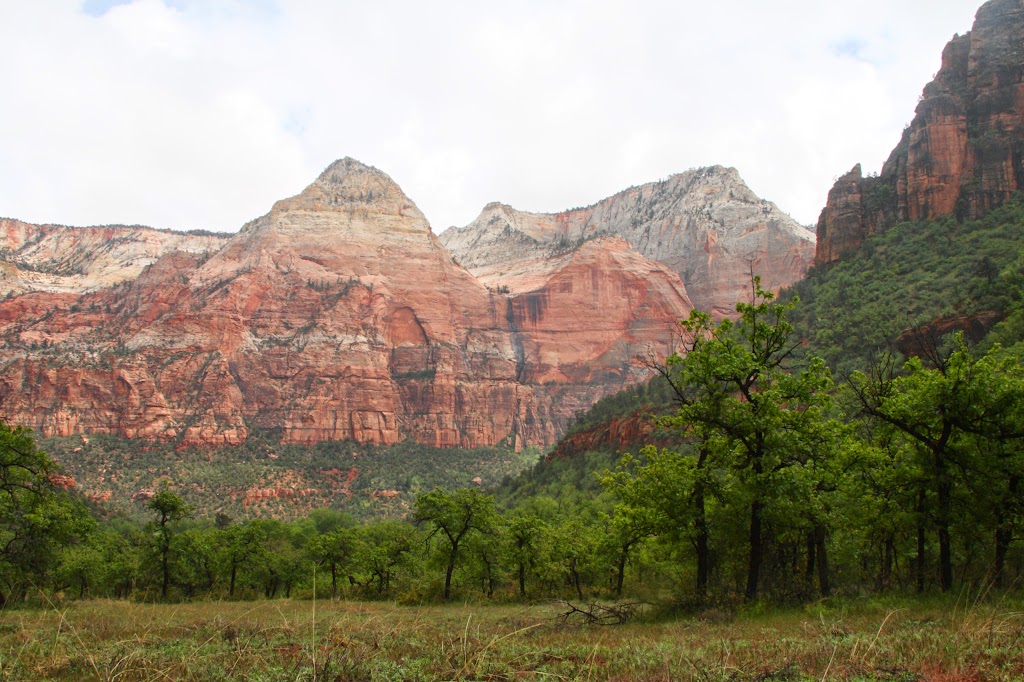 I would not have been surprised if a T-Rex came crashing through the cottonwoods.  Alas, it was pretty standard jaunt through the woods to just another waterfall. 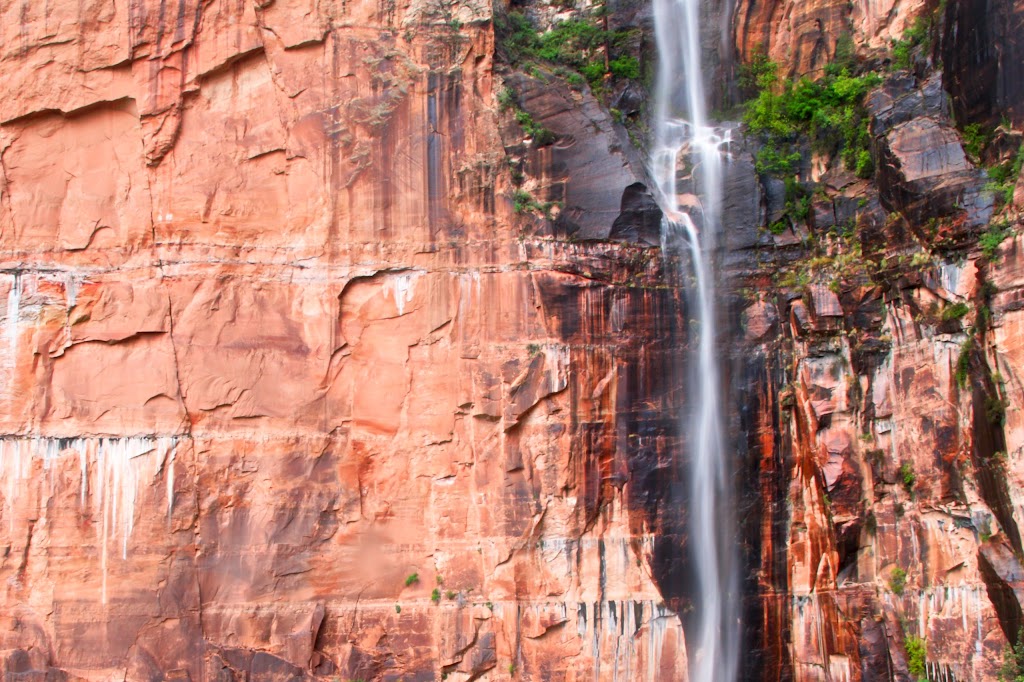 and remnants of plunges we had just missed. 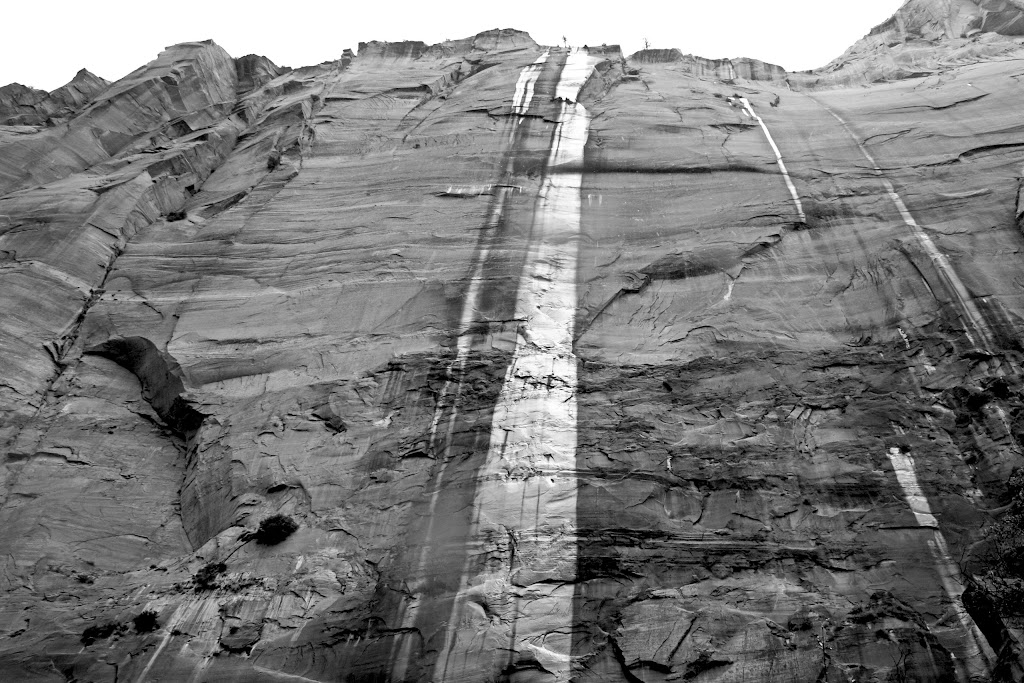 Continuing up the canyon we made it to the mouth of the narrows. 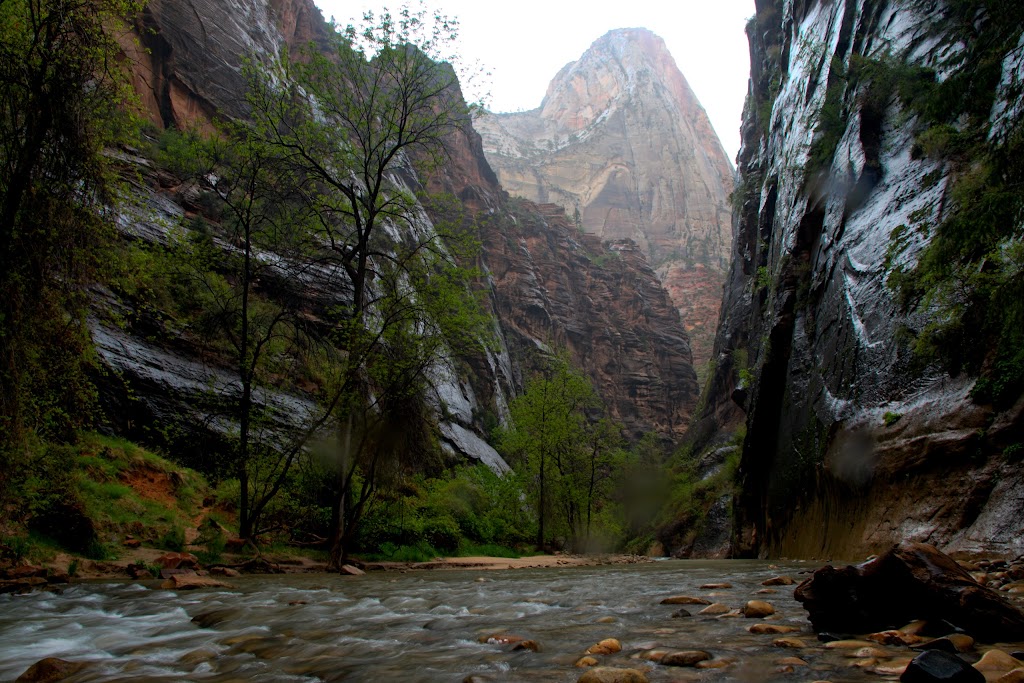 Perhaps we will be back on a warmer day to continue upstream.

The storm completely passed just in time to witness the sun disappear after a long damp day. 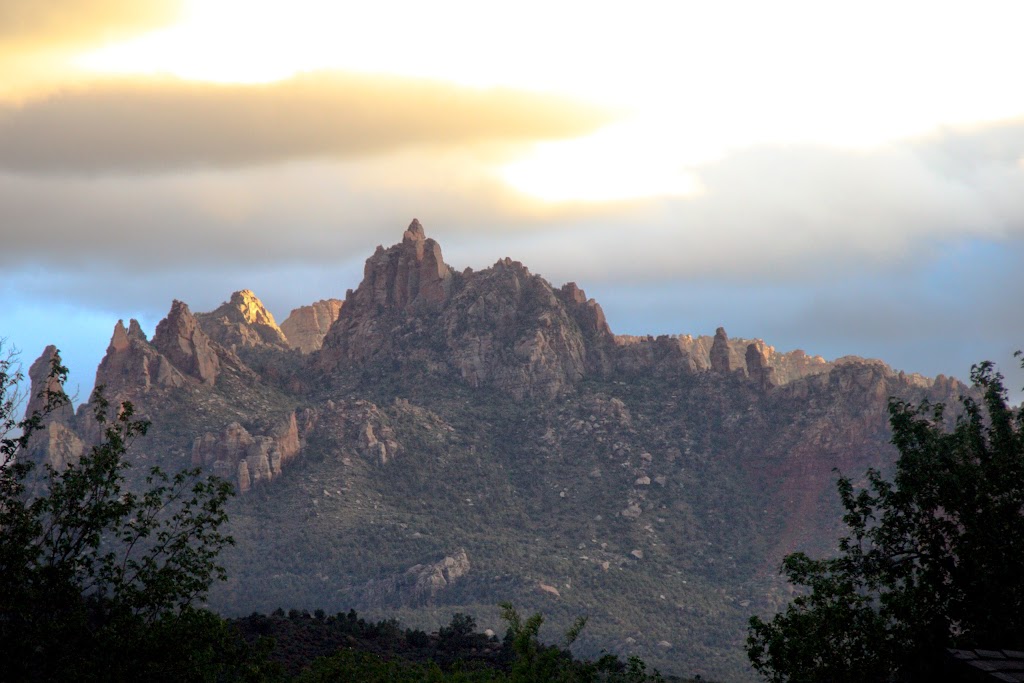 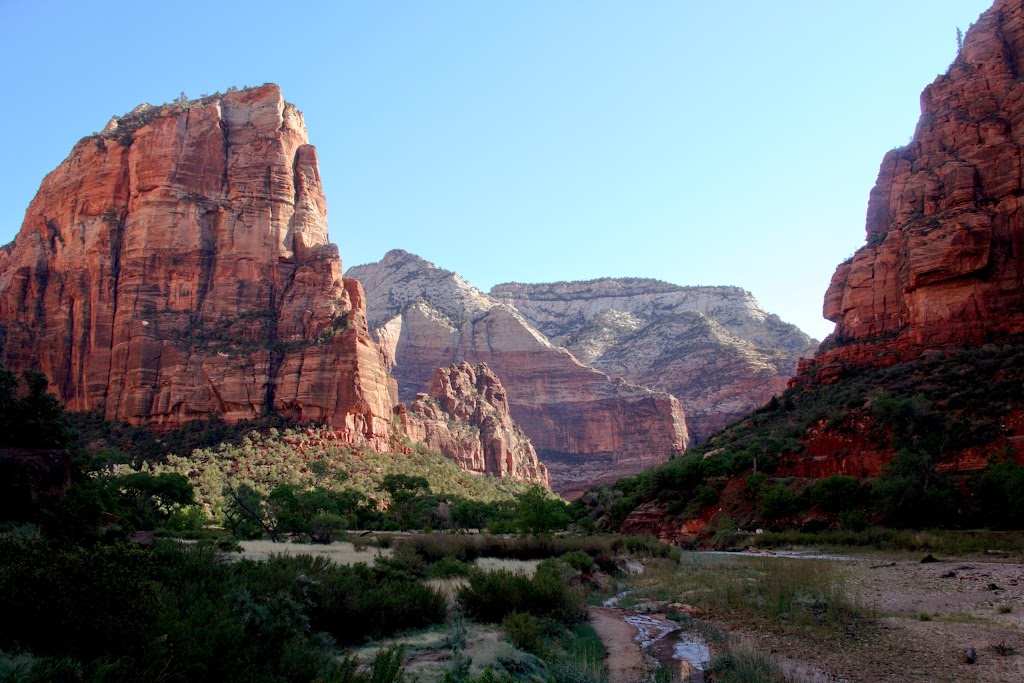 We “hiked the trail” towards angels landing 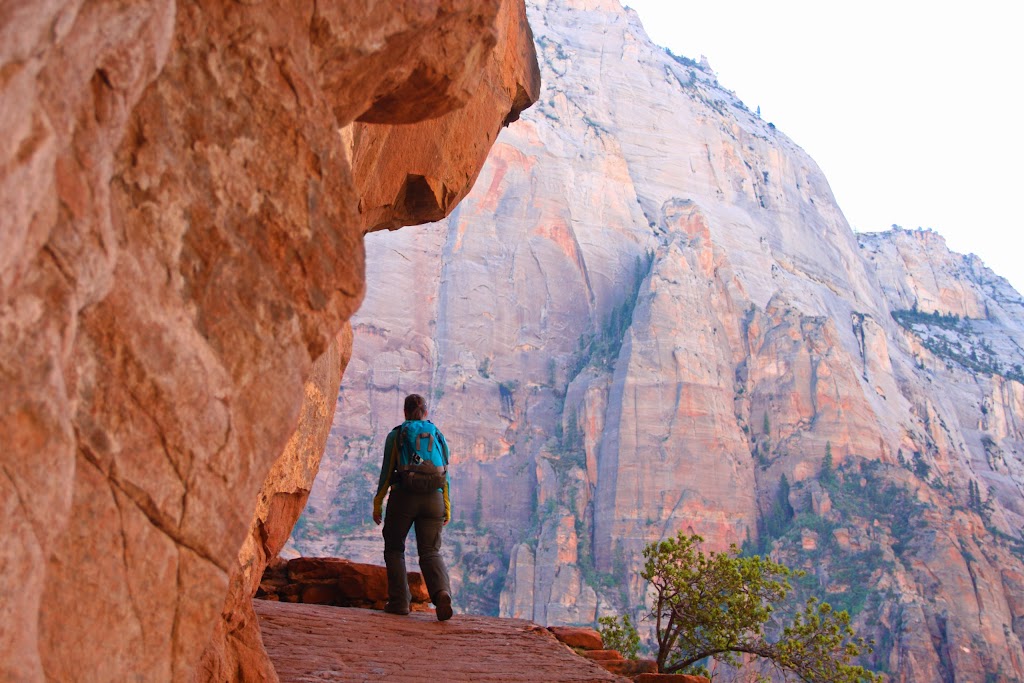 and decided at scouts landing to not continue.  The masses had come out to play.  I’m amazed there haven’t been more incidents with the amount of people who flock to such a sketchy trail.  No thanks. 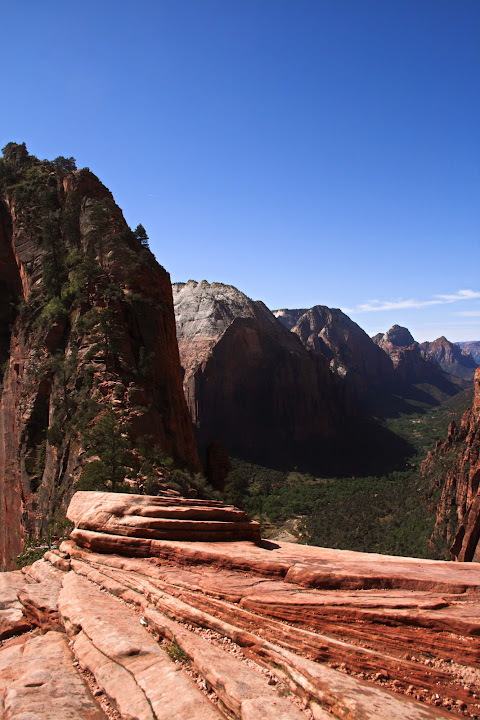 We continued a ways up the west rim trail and entered and the next level up on the colorado plateau. 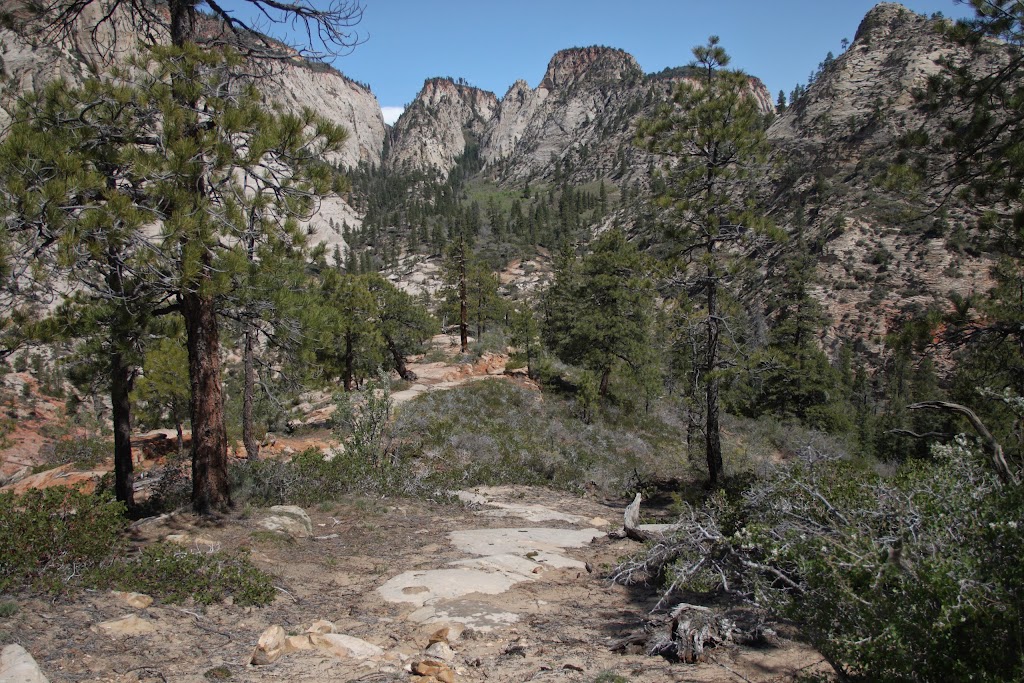 Quite the contrast to the bright red canyon walls of the lower canyon. 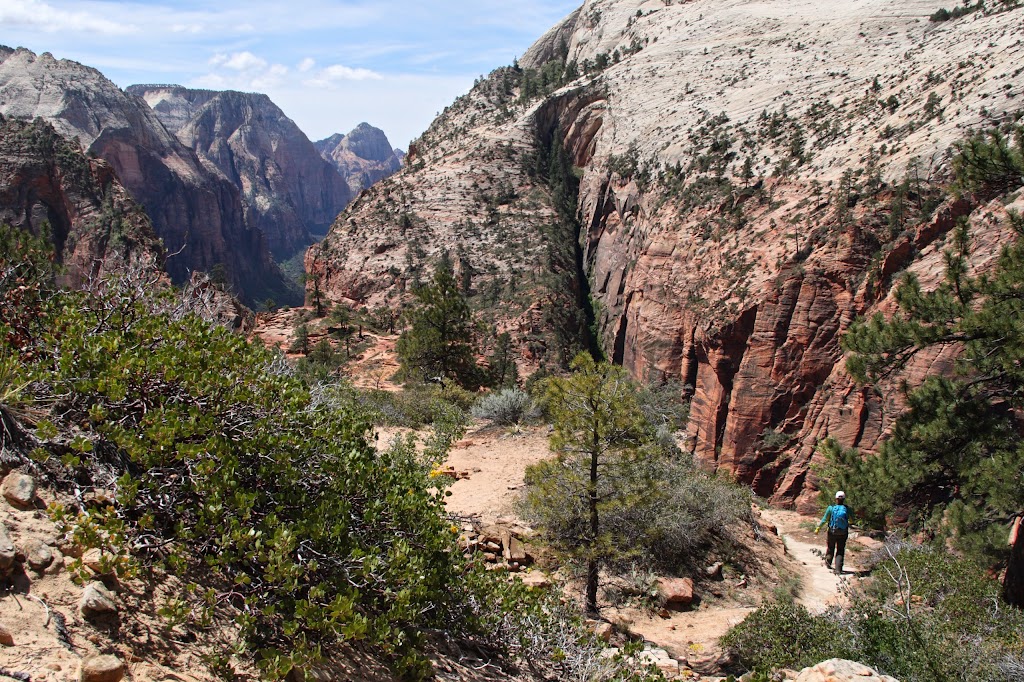 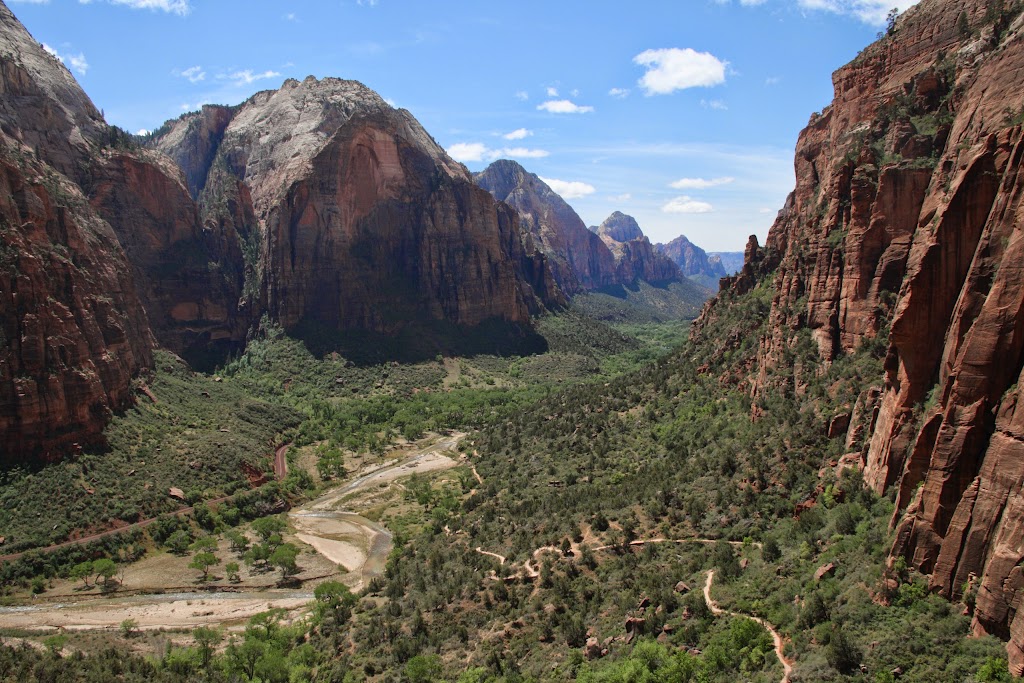 we were spared the flying tumbleweeds and substituted a 100 mile diversion due to a hostage situation.

4 Responses to To Zion goes I