East Side Left Side

Saturday I met up a with Bernard, a classmate from my AIARE 1 class last year, for a tour in Tuckerman Ravine.  We met up at pinkham notch at 8AM, formulated a plan and hit the trail.  We set out at a leisurely pace as we both had new gear we were testing and the surface conditions were rather variable.  It was a day for a mountain adventure where we could get some discussion going brushing up on material from last year’s class not maximizing  vert.

On the way up we ran into some snowboarders who were headed back to the winter lion’s head route to get access to the summit snowfields based on the beta that the gullies had really hardened up overnight.  While it’s a fun mountaineering climb, I don’t see the allure of their plan…

After about the tenth time I said “hojo’s is just around the corner” it finally came into view. 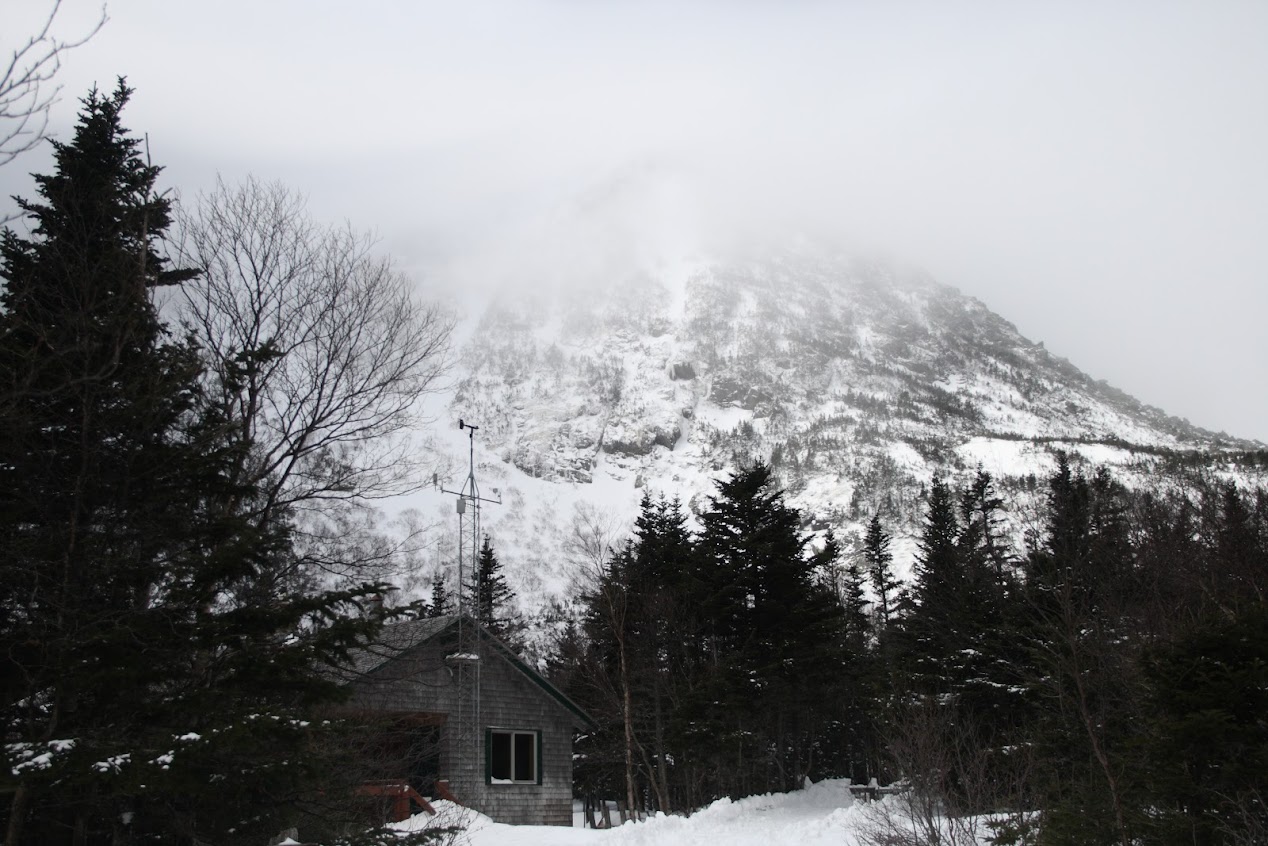 We chatted with a member of the MWAC who was not going to get his hopes up for the mountain to make a comeback this season.

The debris from the mudflow during a winter rain event is still evident in the run out of hillman’s highway. 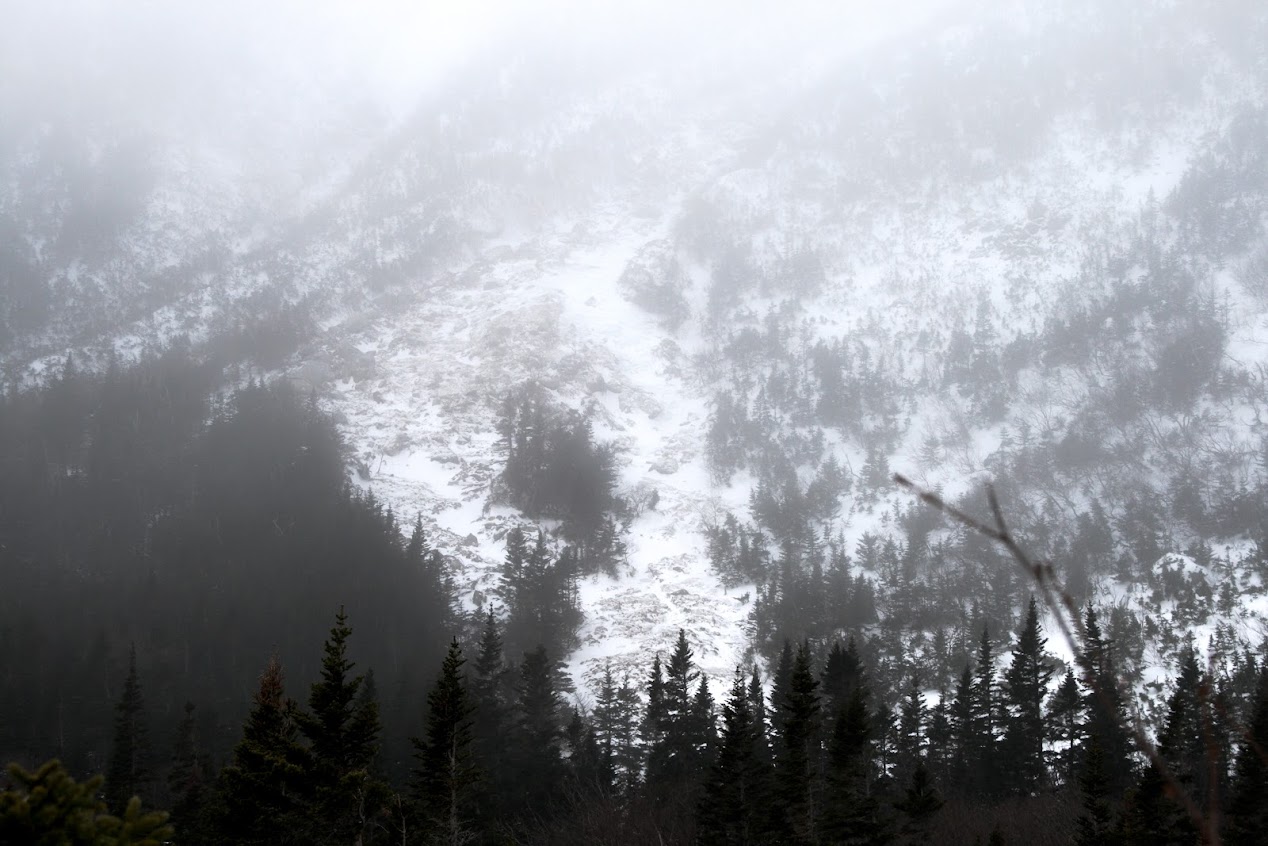 What we gathered from the ranger was that there was a little bit of everything in terms of harder surfaces that come with a midwinter low avalanche danger day.  We decided to go up and poke around and see what was what. 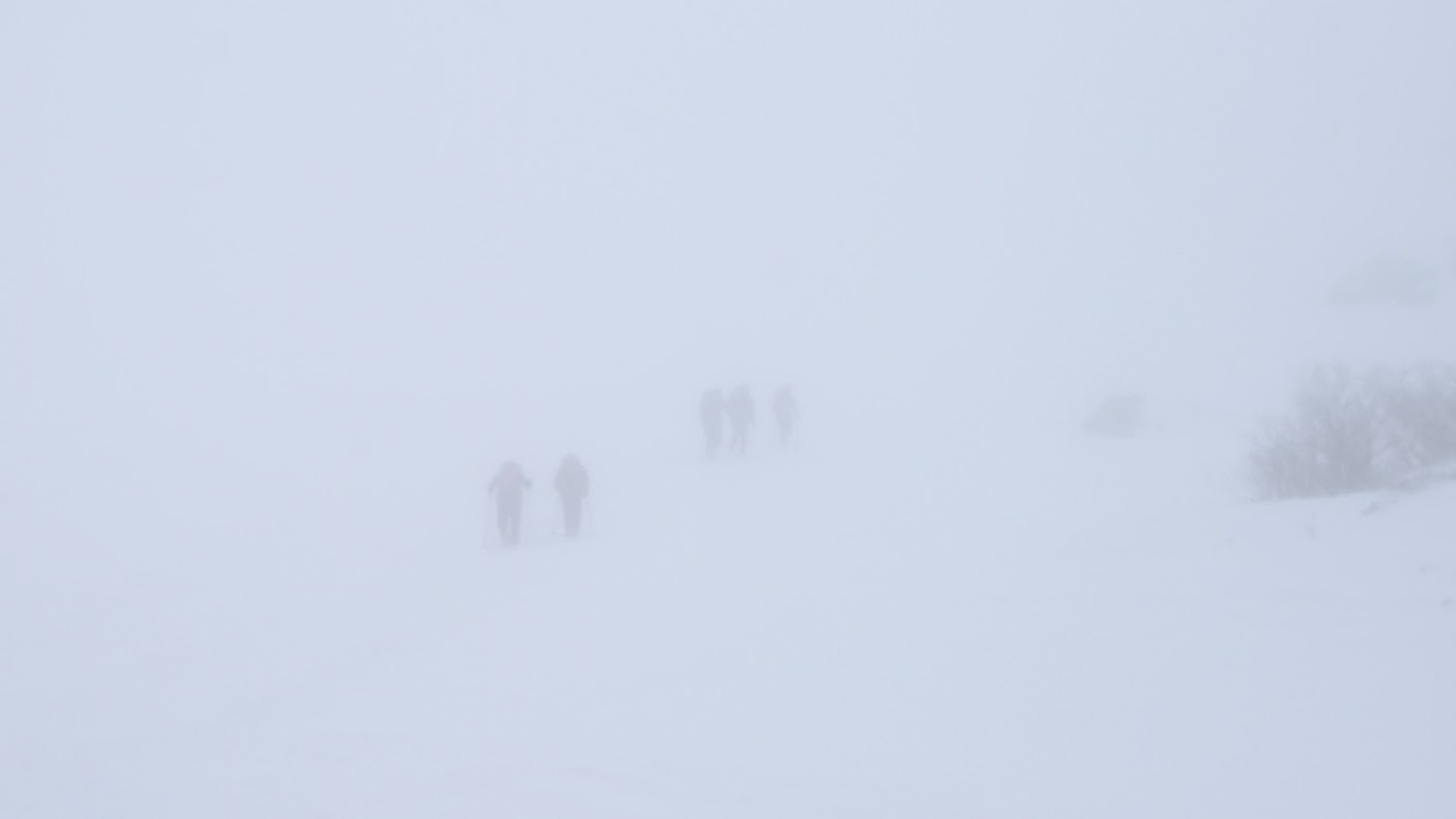 Mountaineers headed towards the summit via right gulley.  Cross that off the list.

Lobsterclaw, the ranger said it went, but it looks like a zigging and zagging boot pack around the brush to find the entrance.

Let’s head left! We zigged to the entrance, and started to boot pack.   The surface was more than manageable, in fact if I recall correctly I was easily getting more purchase than in the snow shmorgisborg.

The mountain sure feels more ominous in midwinter than those bluebird spring time corn harvests. 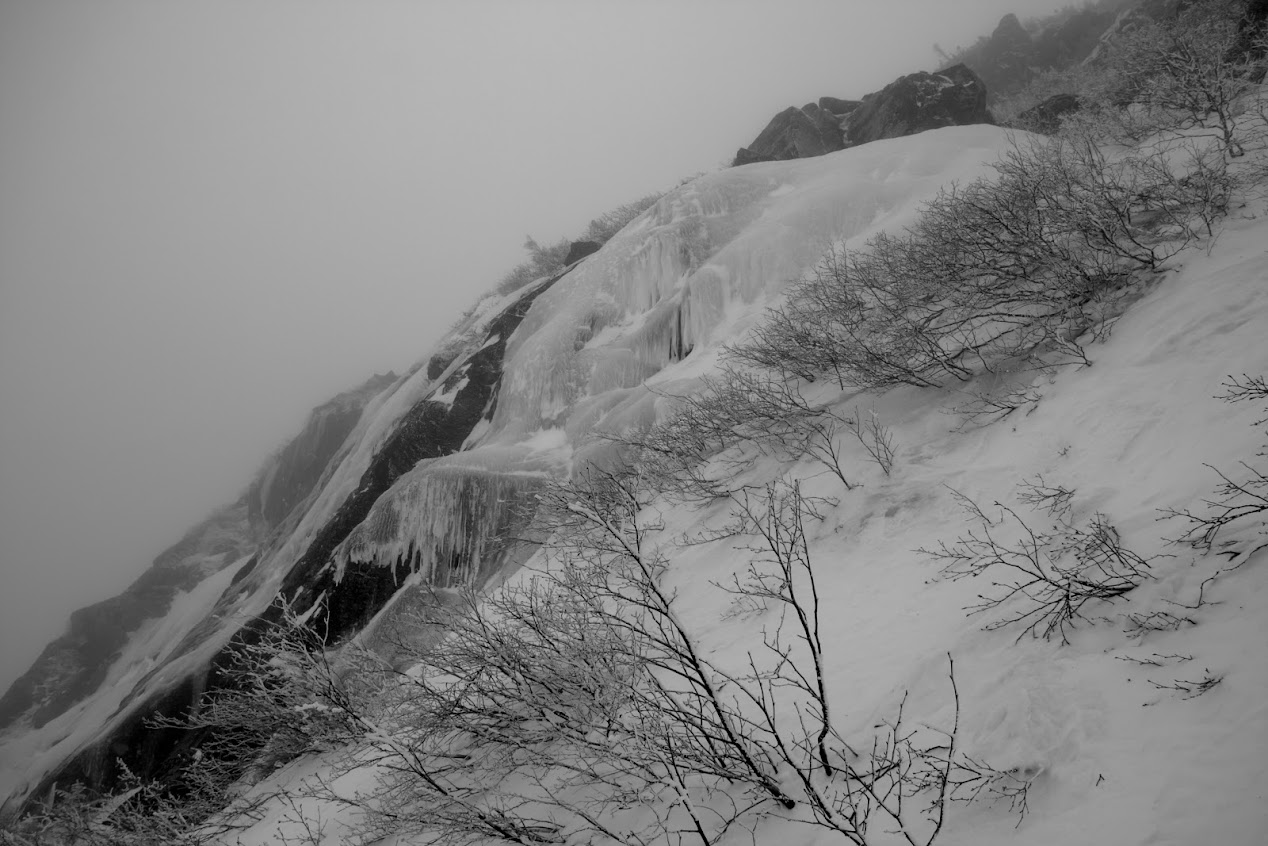 We pulled off below the crux of the route and decided we were content switching over from our current location.  We were still a ways from topping out to ridge and switch over spots between looked nil.  Besides we had to save ourselves for additional hiking the next day.

So I stomped in and peered down at our reward 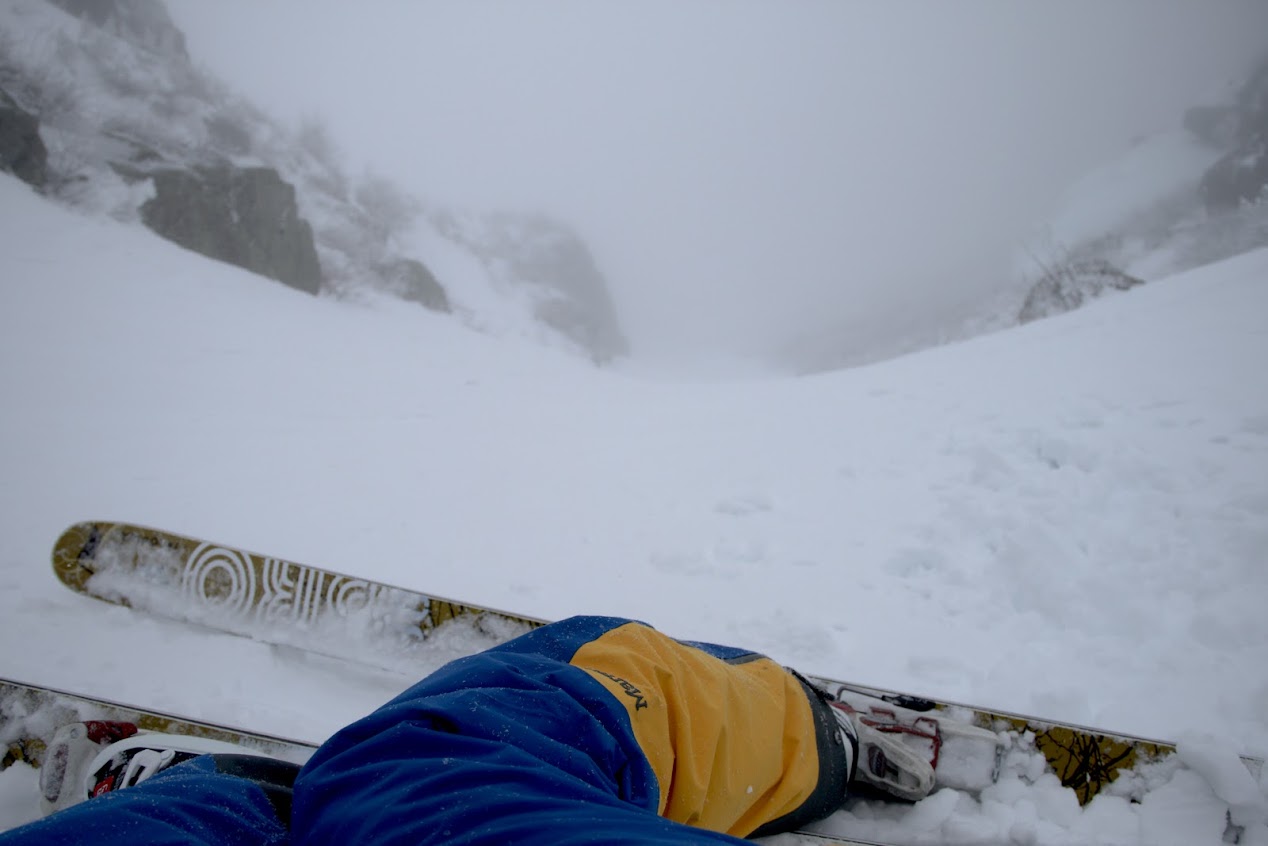 while Bernard fiddled around.  I’m totally not sold on tech bindings. 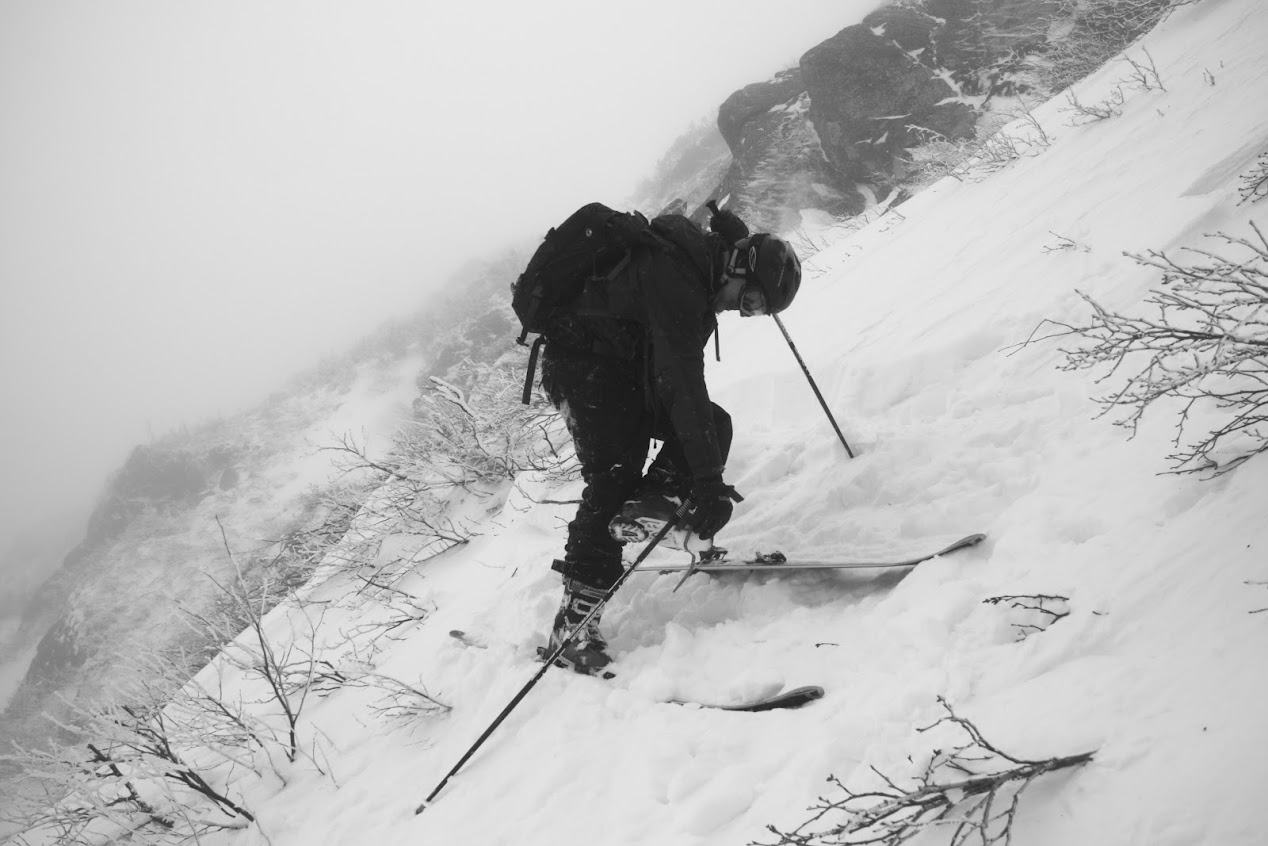 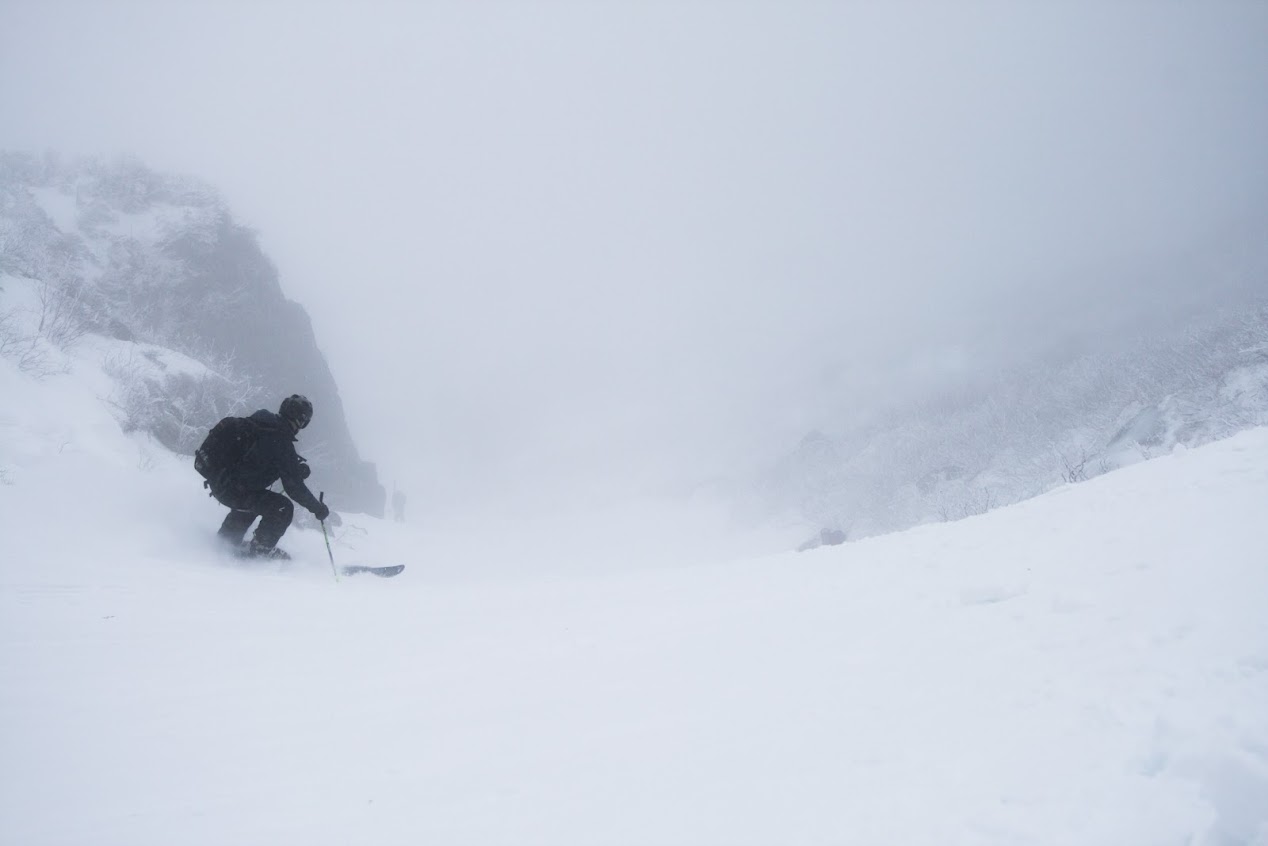 It was great to making turns in steep alpine terrain, but boy it sure was on your toes skiing.

We were able to open it up as we neared the floor of the bowl and the fog lifted. 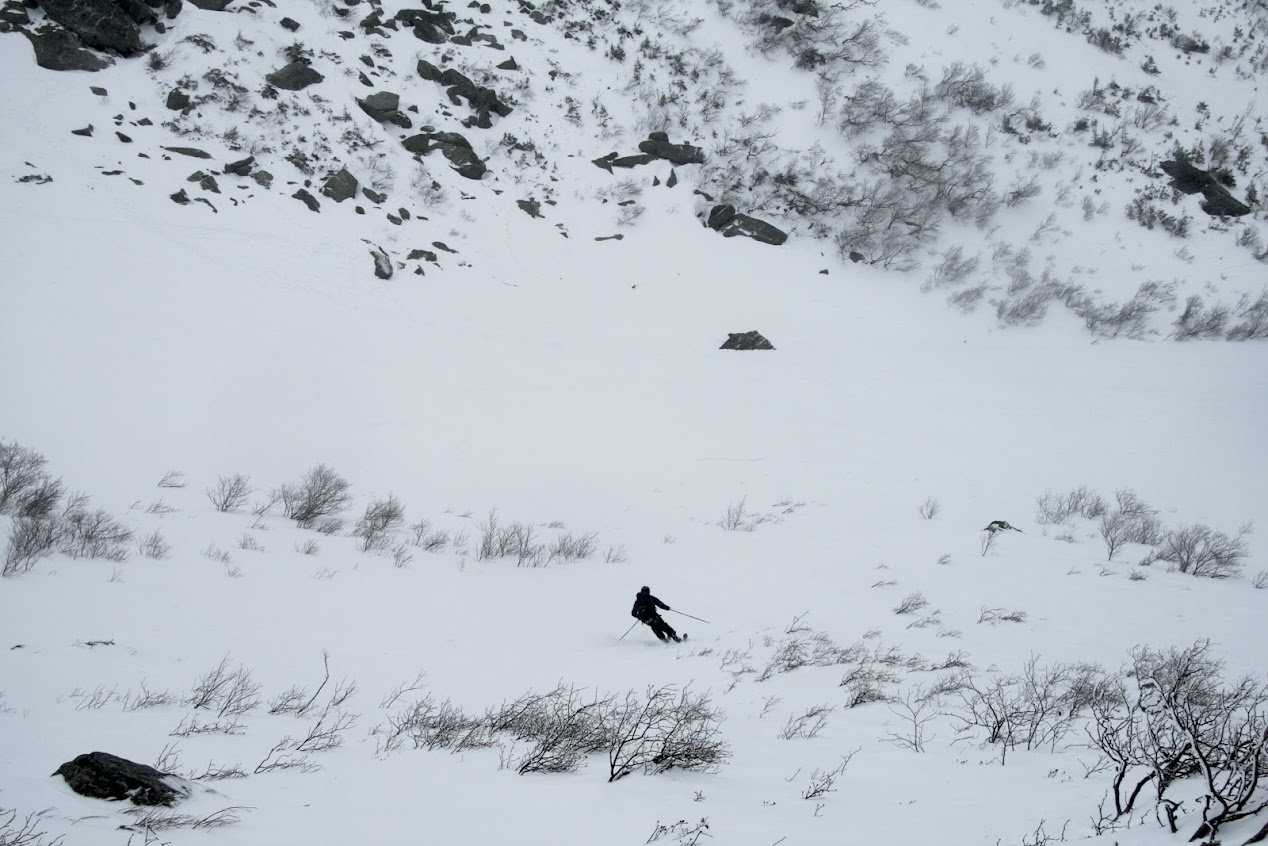 Aha, there is the lobster claw, and a very tiny skier. 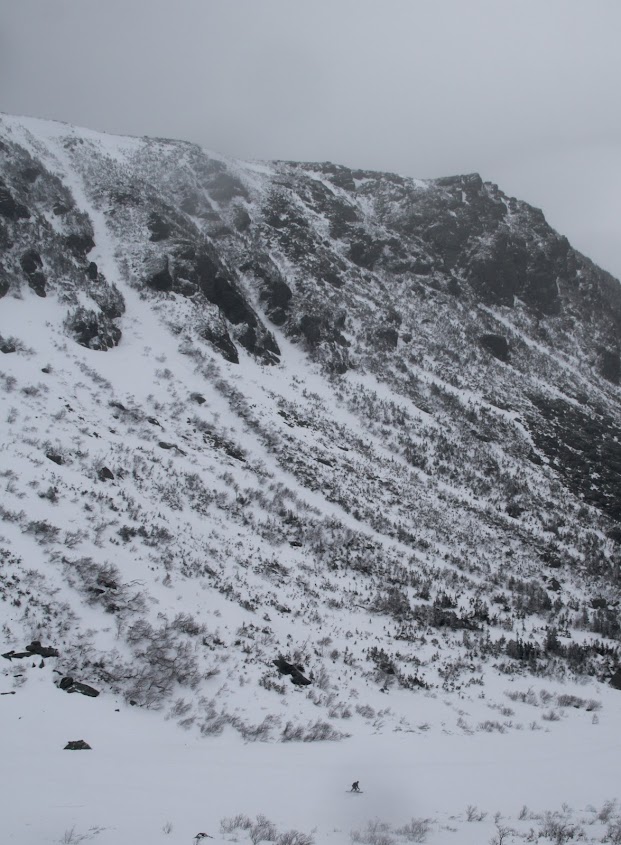 We exited via the little headwall.  It did go per the beta we received but getting there required a shwack and ski removal to get through the brush.  Hopefully this latest storm has eliminated all that business. 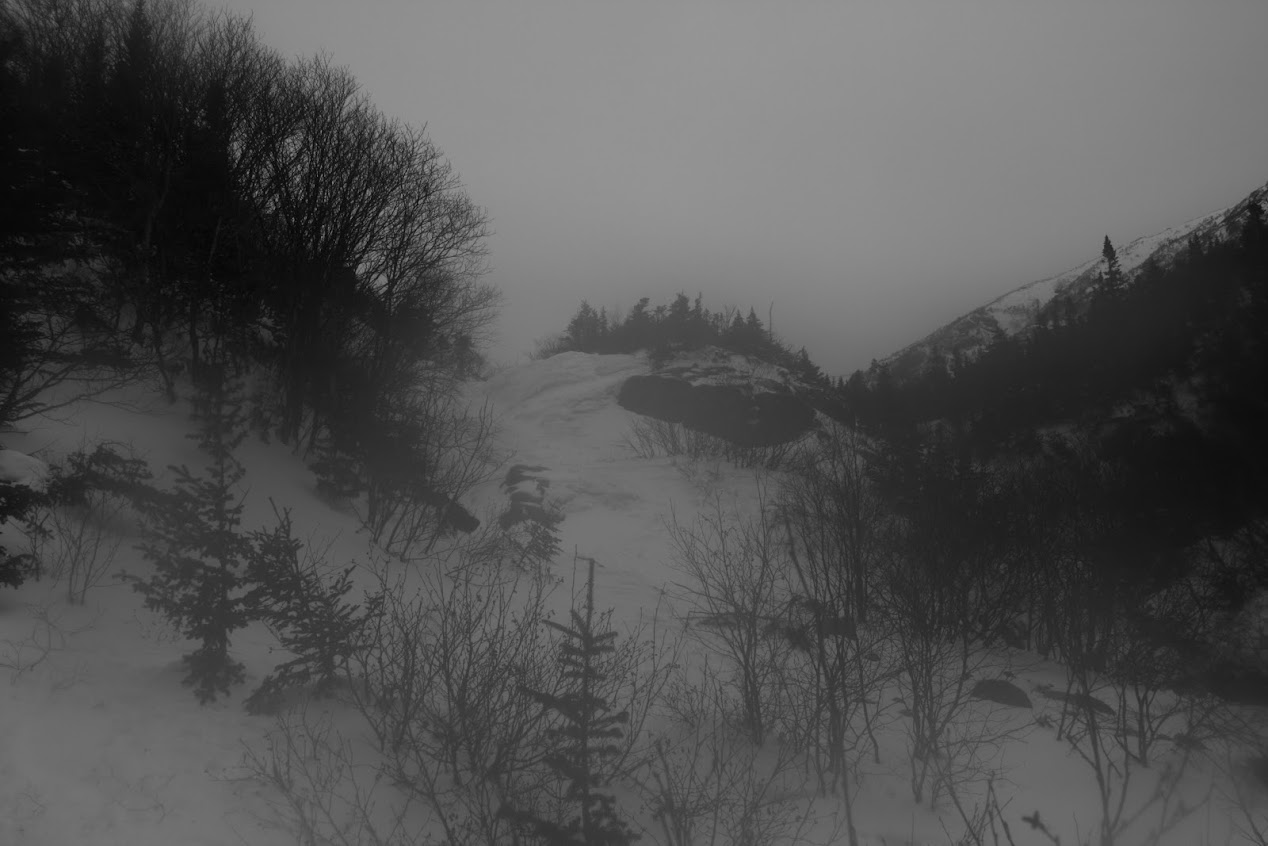 We enjoyed the simplicity of a good sherburne run back to the lot.