No clown fish or submersible captains here. Early last week the Euro model started showing a massive Nor’Easter slamming New England on the weekend. As the week went by additional models began showing similar outcomes (I think at one point a model run was showing in the neighborhood of 60″ for Portland, ME) and my productivity at work decreased. The weathermen & various media outlets started up the hype machine, and we were all systems go for a big one. Friday the office emptied before Noon, and I hit the road hoping to beat the storm out of the flatlands. I arrived at my NH destination before the MA travel ban went into effect. The snow started slow, but by the time I opened up the door a little after 4AM there were easily drifts over 2′. It took time shoveling out an escape route, and some sketchy roads did not get us to the mountain with enough time for a dawn patrol. 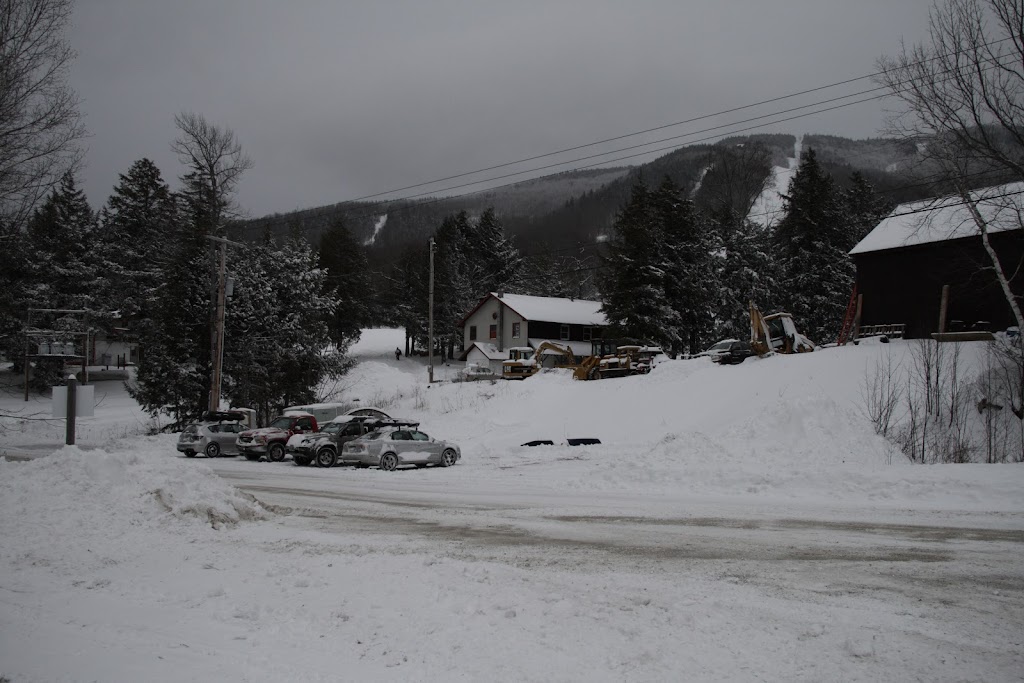 There was some pow early on of the 14″ dust on frozen dirt and rock variety.  (The storm tracked a bit further out to see leaving Southern Vermont west of the sweet spot.) If you liked your skis there were few turns on the au natural trails without a cringe worthy scraping. 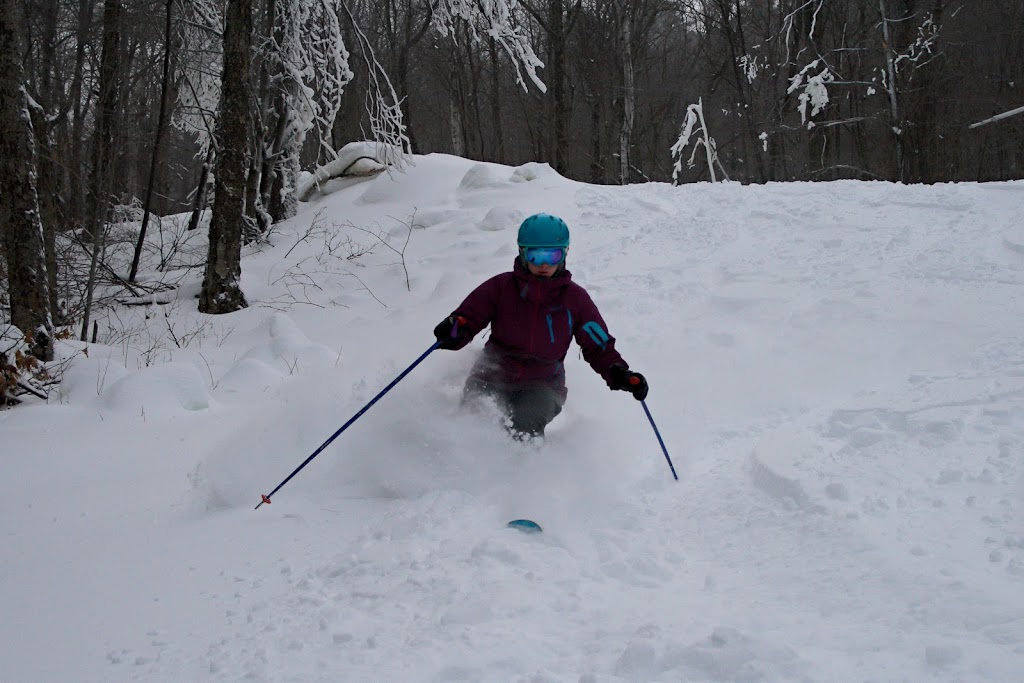 The solution to this: don’t turn… Even if we felt like we were missing out on the best conditions from the storm it was tremendous fun skiing with a big group for the first time in a long while. 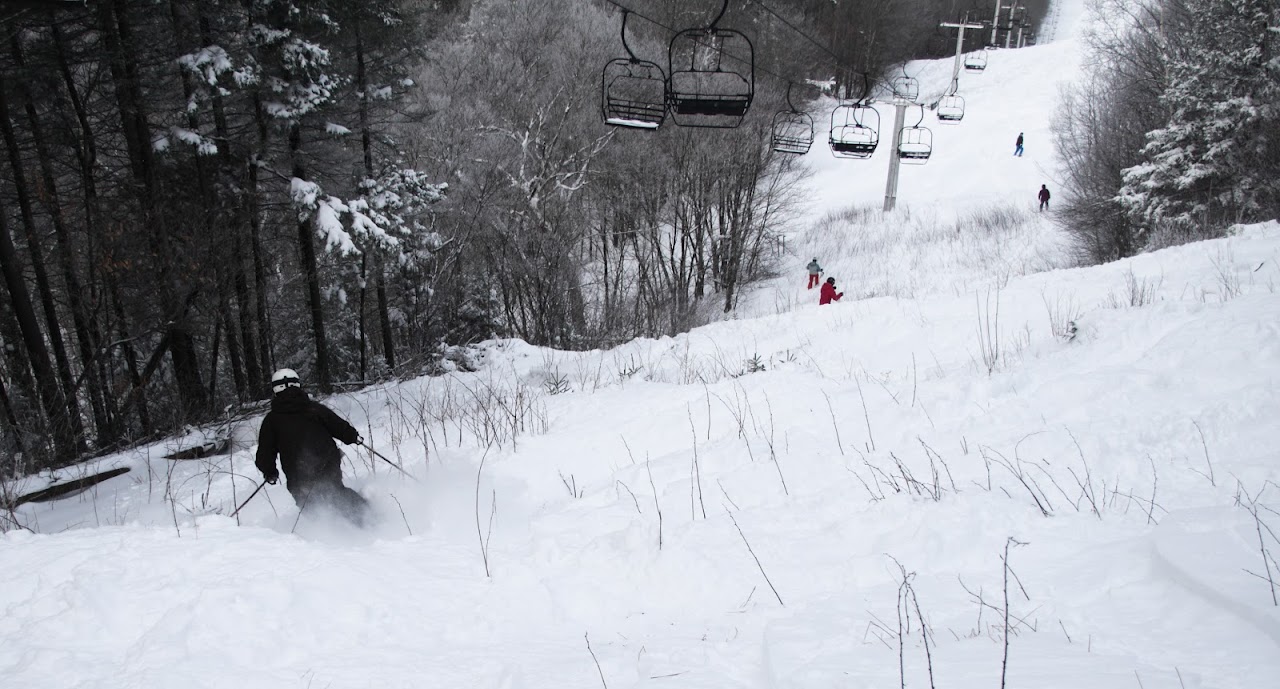 Unfortunately we lost one early in the day to a concussion on a fall similar to this. Hopefully the next powder day will have a base, our skis would surely appreciate it.

It was agreed that after a full day of shoveling, white knuckling, powder bouncing, cliff hucking, base gouging, edge scratching, and chunder charging we would skip leftovers and have a lazy Sunday. But we did attempt the ever elusive backyard schuss. 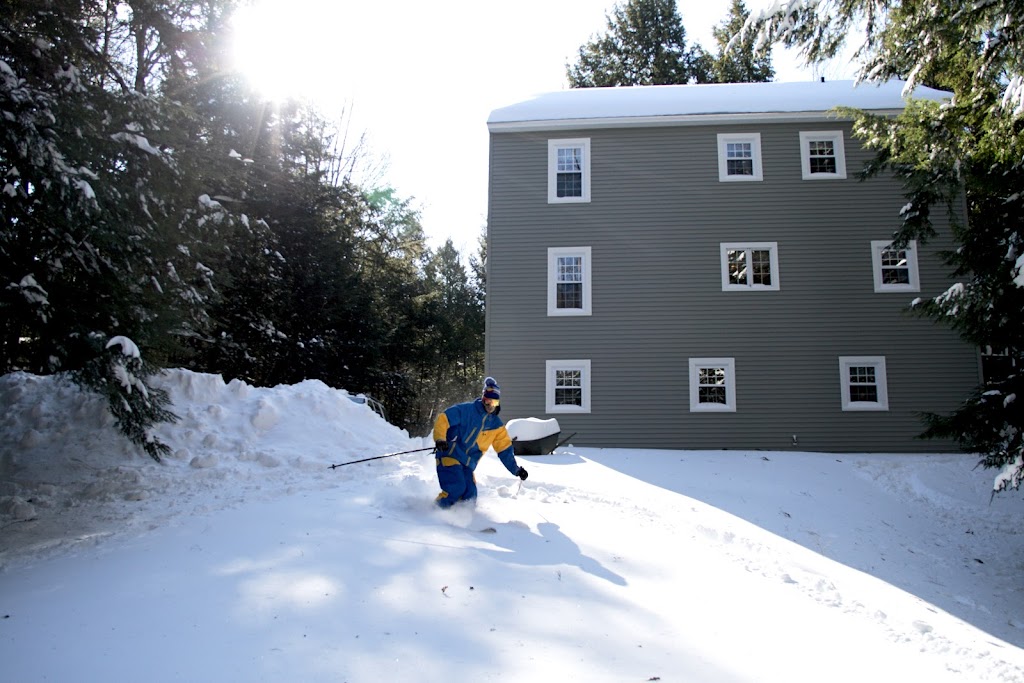 Returning to the coast I couldn’t tell if I had time traveled to the blizzard or ’78 or if I was still in 2013. 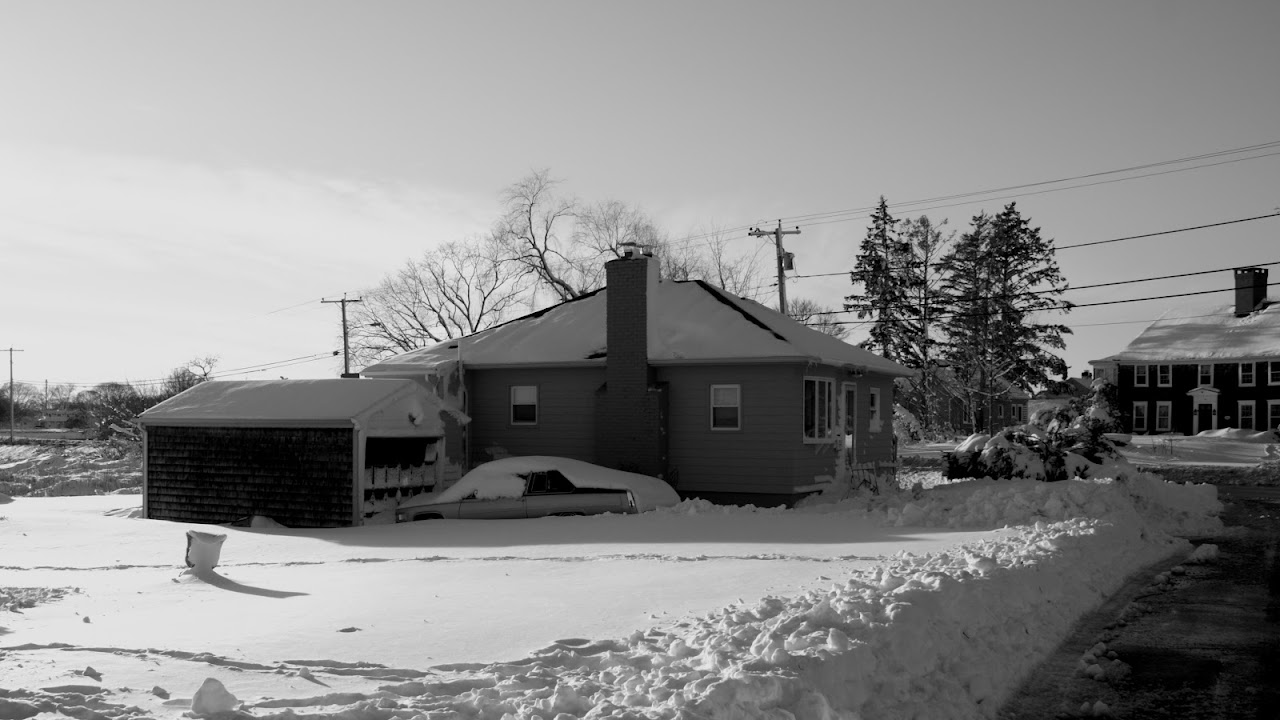 Things sure looked different from when I left. 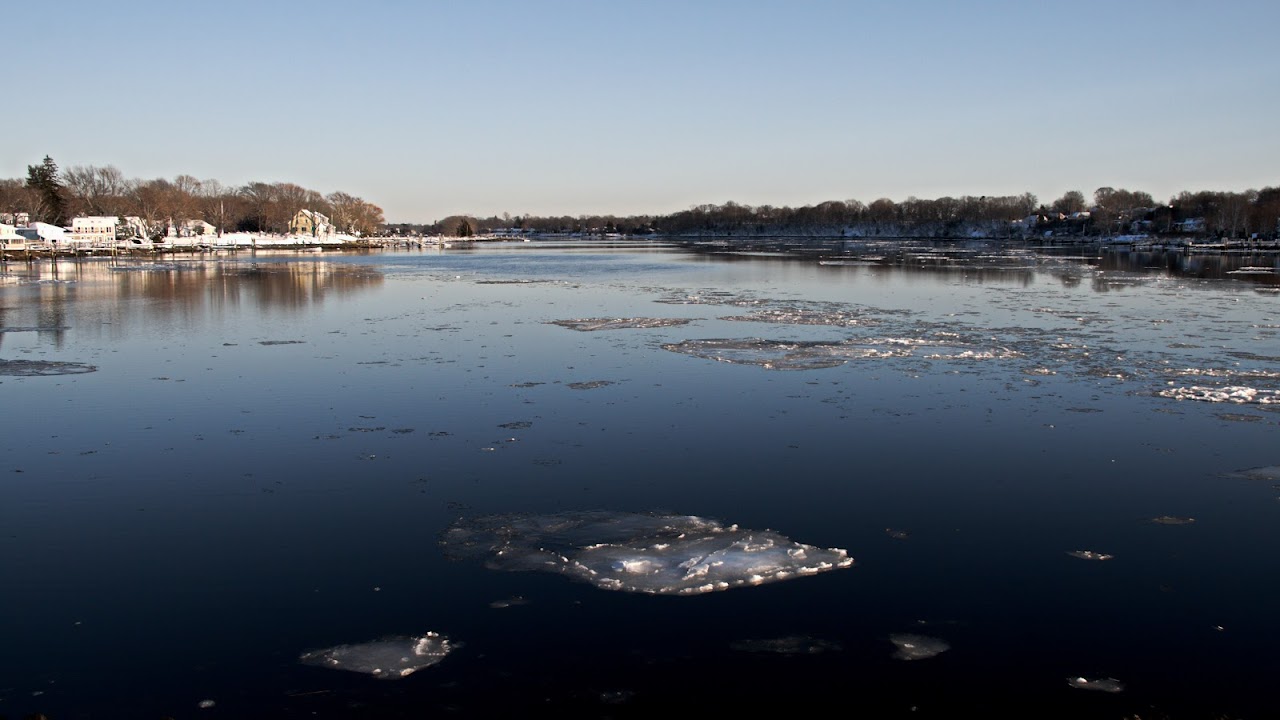 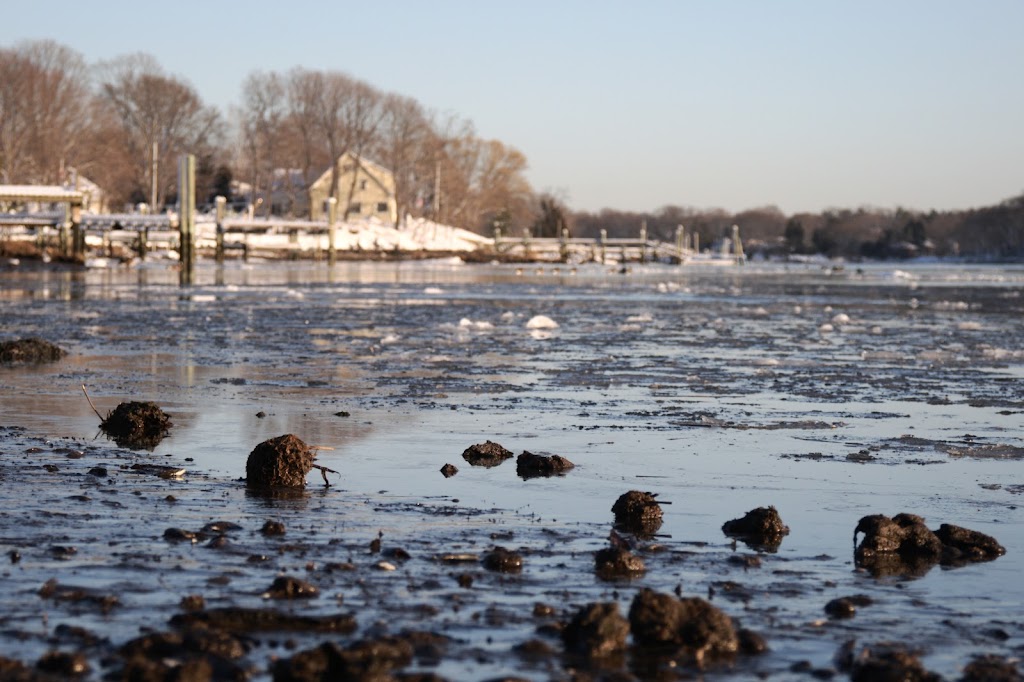 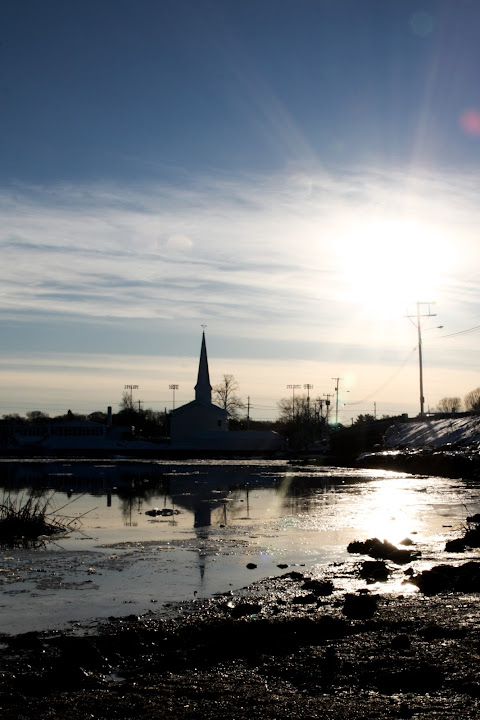