With light/moderate snow forecasted for saturday

going to be a sneaky few inches across soVT, soNH overnight. 3-5 inches maybe.

and the impending blow torch to finish off this weak winter starting Sunday;

I decided I needed to ensure I had at least one more day of winter under my belt. So after enticing my brother who feeling under the weather toting Cepacol, tissue box and large quantites of water (#powaddict) we headed to my apartment a little before midnight Friday evening to nap and retrieve my skis. After a 3.5 hour nap we loaded up the car and were off to Mt. Ellen, which won based on the elaborate best probable conditions (complicated in its own right) to cost ratio to driving time formula.

As we neared white river junction on US 89, our speed quickly diminished as the driving surface varied between slush and a few inches of unplowed snow. Getting excited we checked the snow report to see that a modest 4″ reported.

A few minutes later Nick states “ELEVEN inches at the Bush,” I respond with an Elaine Benesesque “SHUT UP” as Nick is notorious for unfounded exaggerated statements just to get a rise out of me. “I’m serious” he responds. It’s on like Donkey Kong, FKNA! Finally our mountain choice lined up with the most favorable snow totals. Forget soft serve we are en route to legit pow!

The poor road surfaces were quickly extending our drive time, and first chair for the lower mountain was out of the question, but luckily lifts to the upper mountain did not start up till 9, still within reach. We hit mid mountain at ten minutes to nine and quickly decided to get in line for the summit chair. Everyone’s excitement amplified by snow covered patrollers returning from their morning sweeps. Finally the rope was dropped, we were on our way up on the 4th chair. The powder anticipation was unbearable. 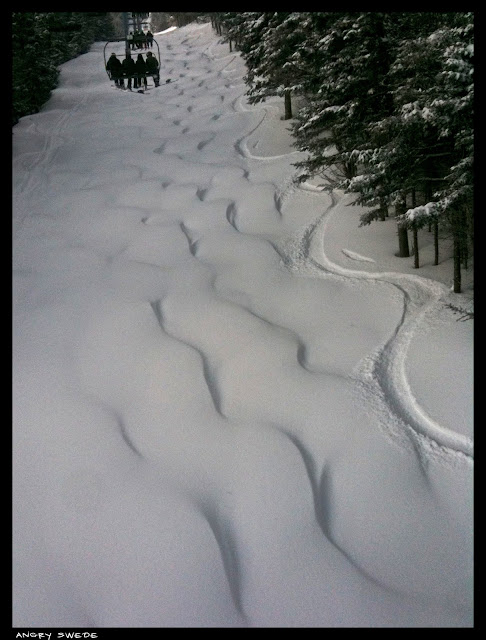 Soon we would be floating down.

The majority of powderhounds above us were wearing boards and as we quickly unloaded passed right by them as they fiddled with their straps. The wind was surely working the snow overnight, and transformed upper F.I.S. to DEEP faceshot yielding drifts and windscoured bulletproof crust from the previous day’s thaw and freeze cycle. It was a game of connect the drifts. Two runs and the open pistes were sufficiently tracked, and our legs were toast having no time to warm up.

Off to the woods. My nose was on the scent and never failed me all morning. 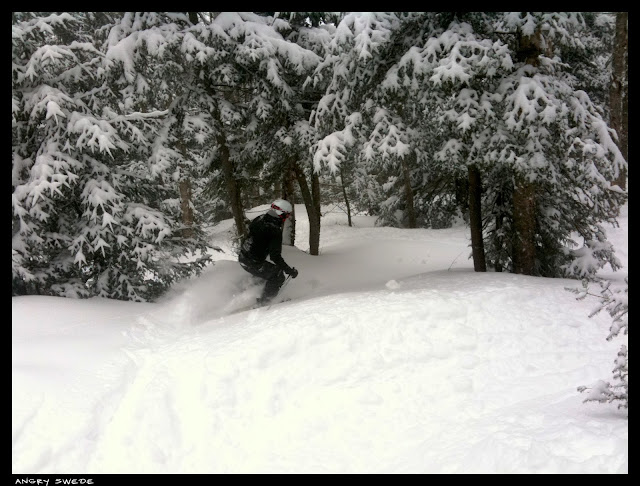 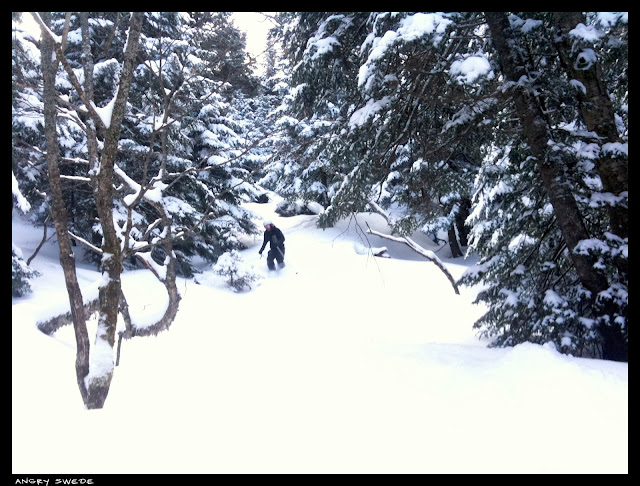 To the next rabbit hole. 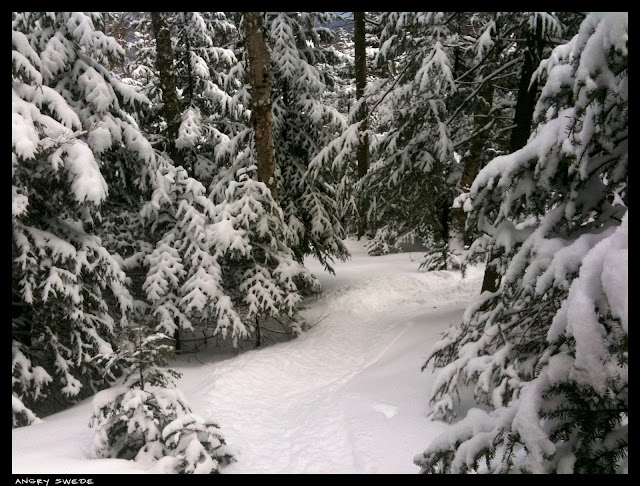 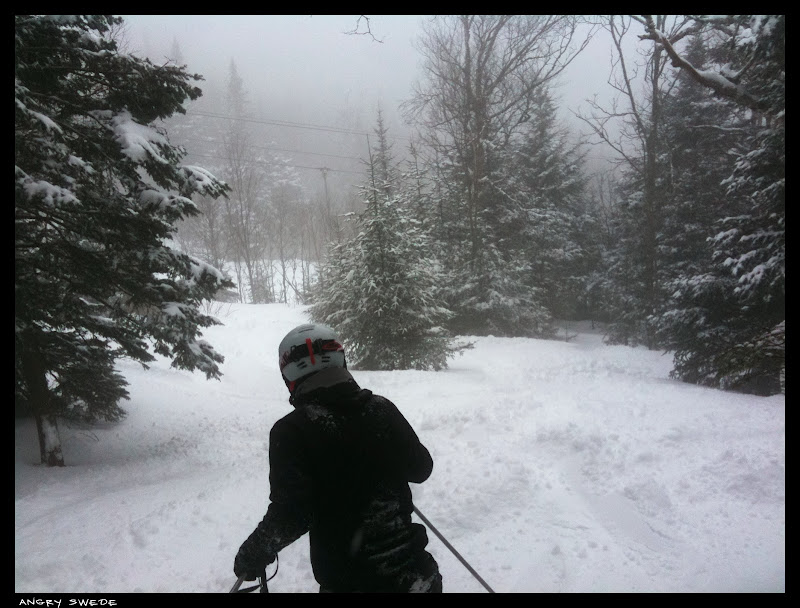 To low angle birch glades, which unfortunately were low elevation and south facing while completely untracked had lost their powder qualities before we visited. 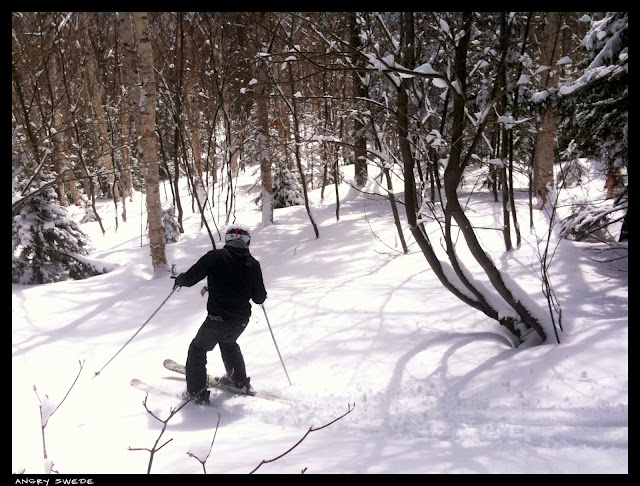 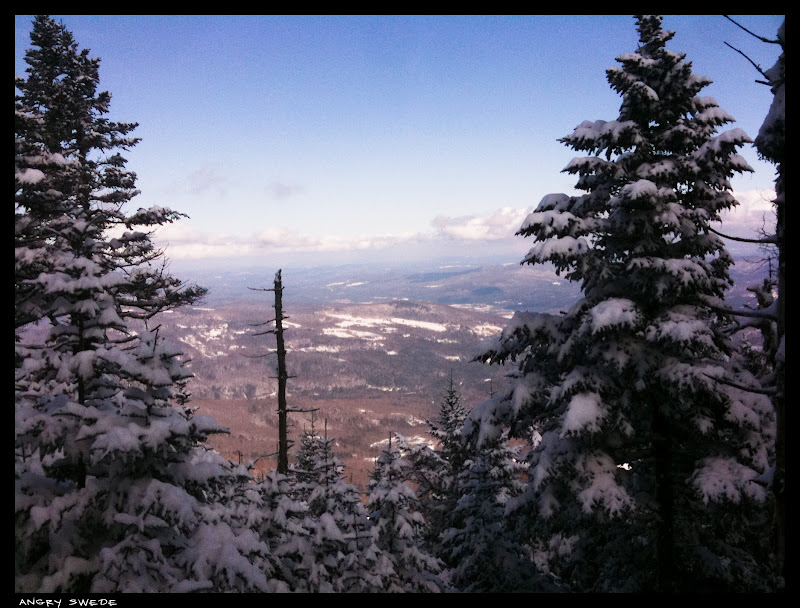 To Pillowish lines I signed with pleasure 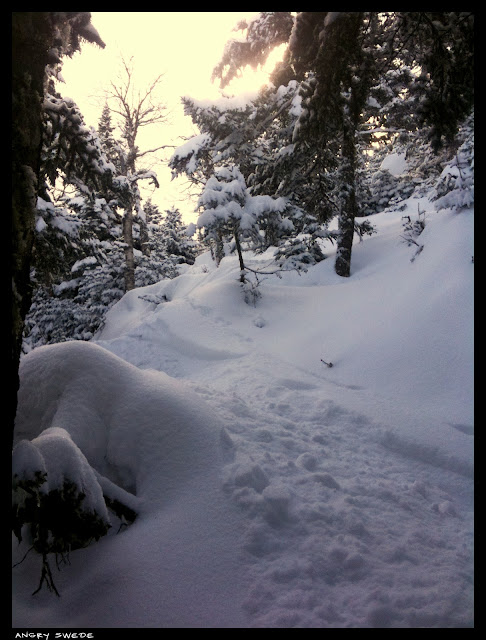 Many lines with SPIIIIICY exits 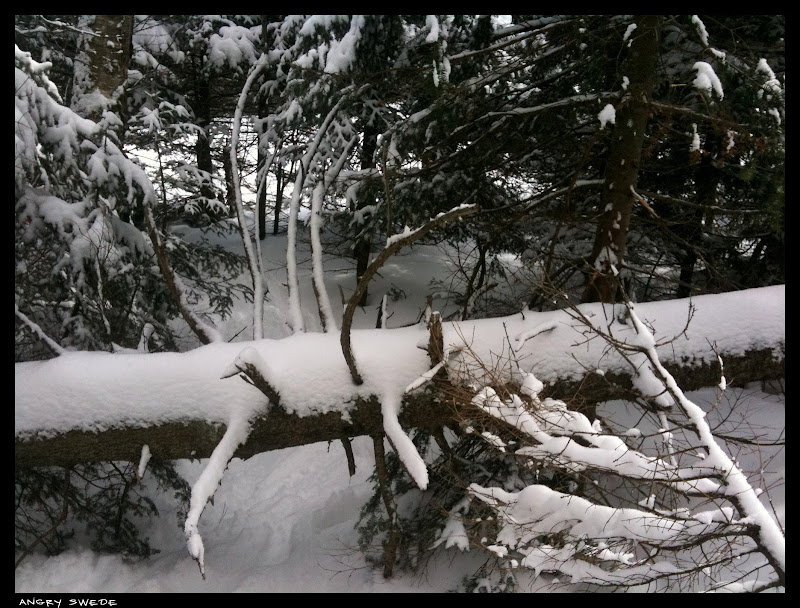 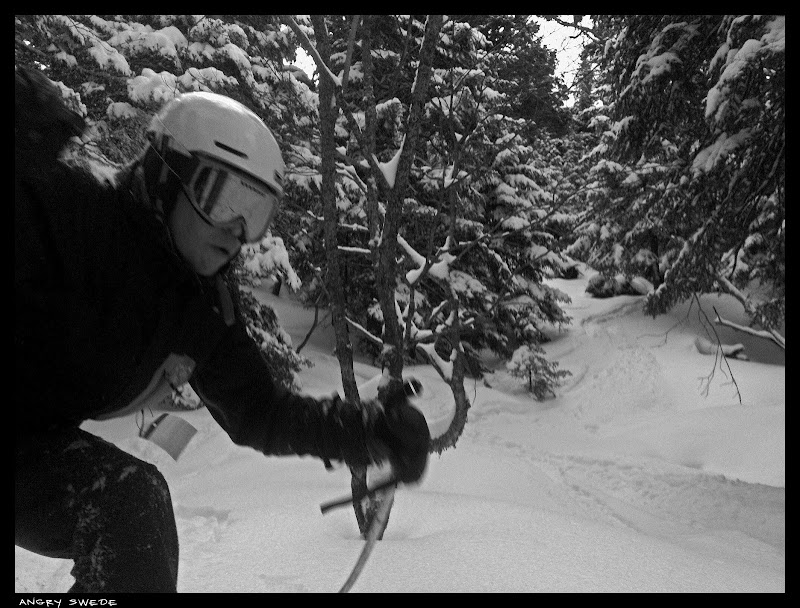 Skiing powder is tiring, sometimes you gotta relax in the sun for a moment. 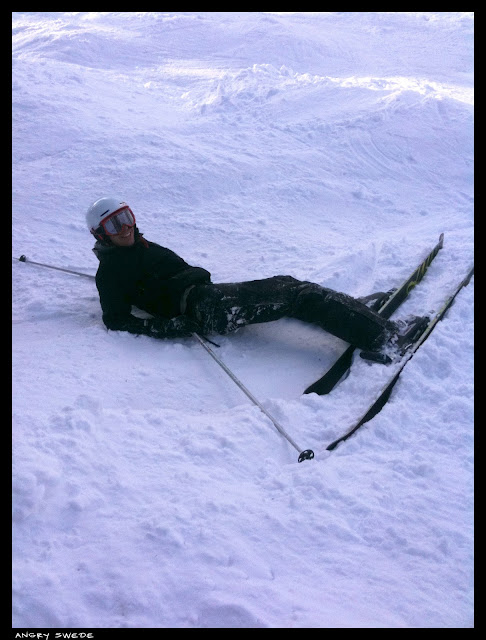 It is of the utmost importance to properly refuel post powder recreation. 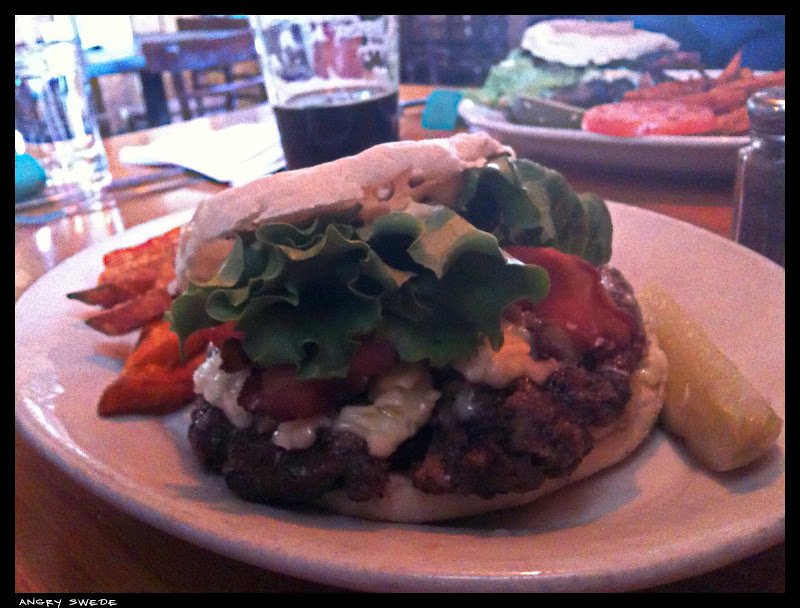 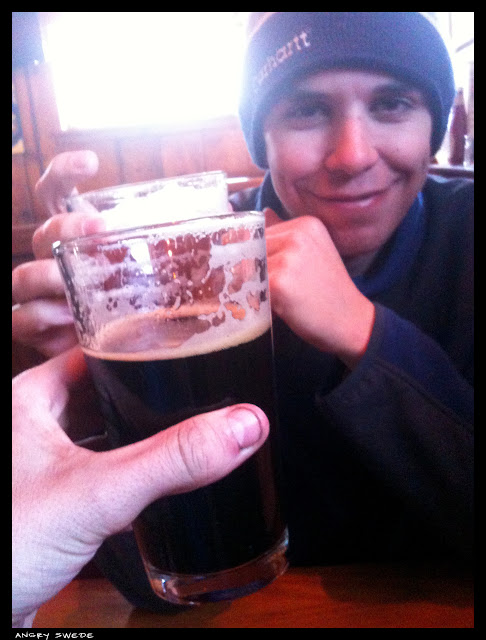 P.S. For those concerned about Nick’s Health:

me: how ya feelin?
Nick: not too bad
Nick: i actually feel better than before skiing