Posted on November 1, 2011 by angryswede

Autumn is a horrible waiting game. The Ski industry comes back to life and bombards the enthusiast with new flicks, gear guides for the latest and greatest, ski swaps, resort improvement press releases, and the list goes on. Yet there still isn’t any skiing and the season won’t begin in earnest till December most likely. All you can do to sate those snow sliding desires is review pictures from years gone by, watch as many ski films as possible and book some trips, which in turn only increases powder anxiety.

Come October the opportunity to get some turns is possible for a brief window as experienced last year.

A similar event opened up the season this past Wednesday, again at Killington. Not quite enough to warrant a sick day.   It was looking like October skiing would not be an annual event for me.  But then, a system everyone had written off, the models showed it going out to see, started to shift back inland.  Snow totals grew with every new model run.  It was looking like that wait was going to be over, and the first turns of 2011-2012 would there for the taking Sunday morning.  Lodging was secured closer to the highest snow totals (Western, MA) and touring partners contacted.

I arrived in Belchertown just after the precipitation transitioned from rain to snow.  The power went out early and through the night we listened to the cracks and booms of trees falling from the weight of the snow on all the leaves the trees had not yet shed.

We awoke to a winter wonderland. 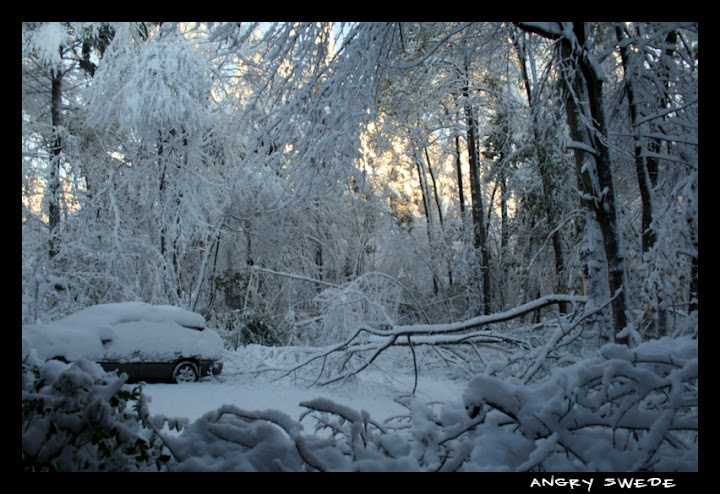 No, it was not a wonderland.  There was carnage everywhere. 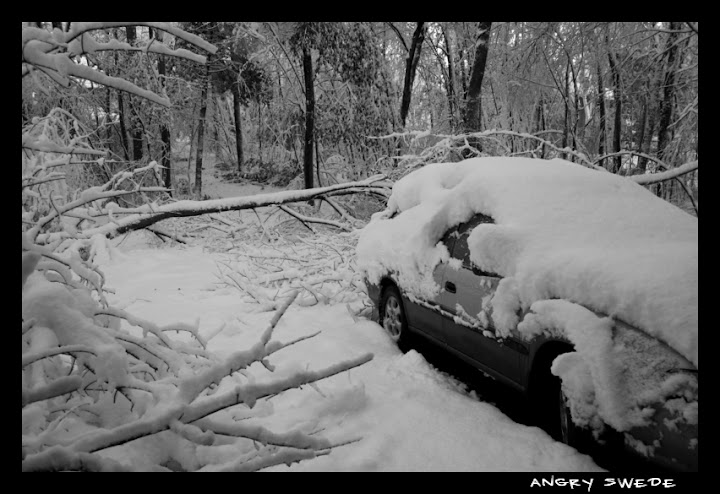 Parked anywhere else, the suby would be subaru pancake.  No, it was not a winter wonderland, it was… SNOWTOBER. 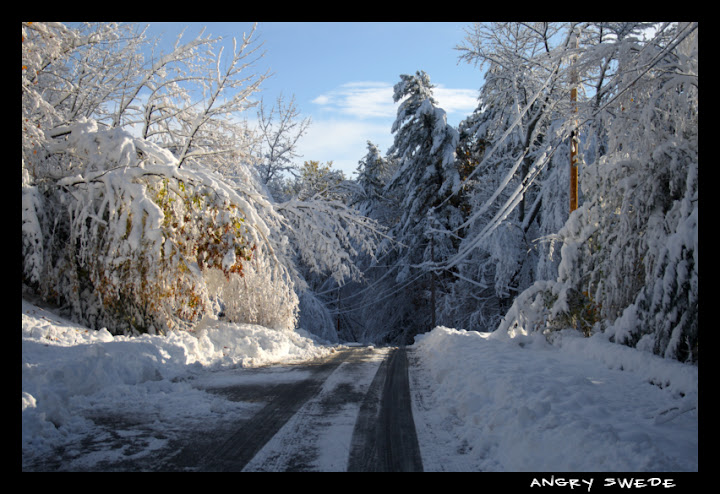 There was at least a foot here, and who knew how much anywhere else.  No power, no water, no cell service, and our cars blocked in the driveway by massive trees.

So much for those early bluebird turns, once again it looked like October skiing while so close yet unreachable was spoiled. The wait continues.

By noon, we had hacked our way out and cleared a path through the driveway so our cars could escape.  Driving into town under multiple fallen trees across the road I was finally able to contact Nick, who let me know that the Berkshires had indeed received some of the highest snow totals. 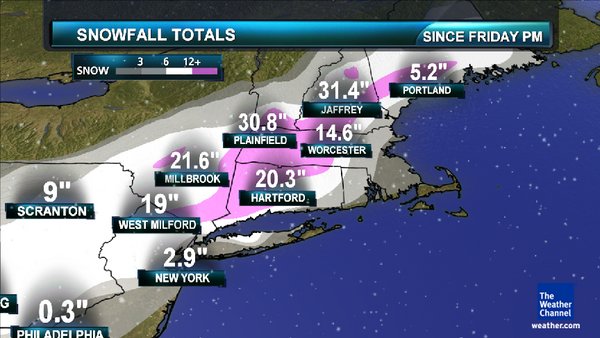 It was mid afternoon before we started up the skin track. 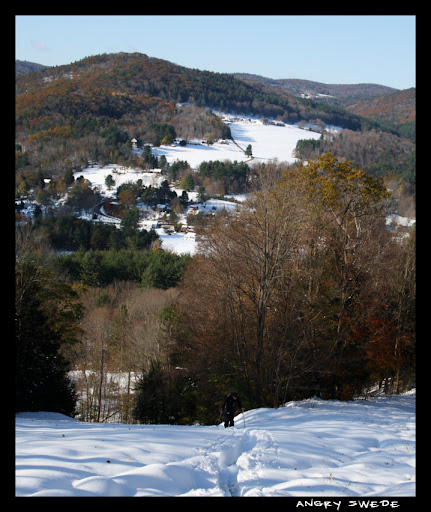 There wasn’t much fluff left to the snow.  The temp was well above freezing now.  This will be interesting.

But definitely fun, as another skier hooted and a hollered all the way down. 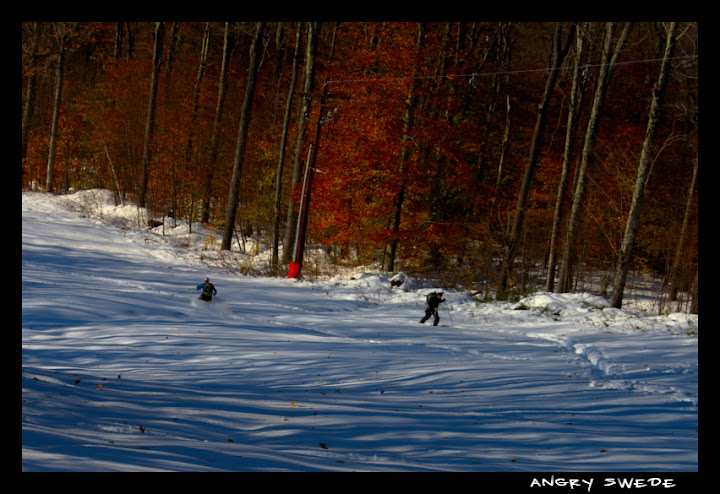 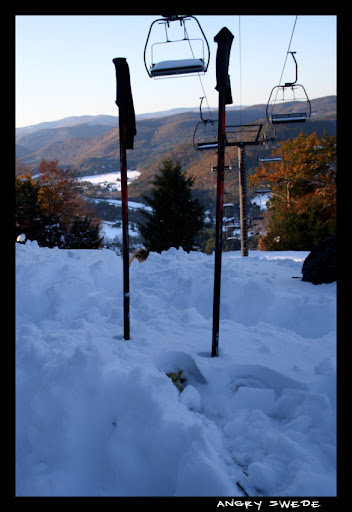 So deep that we had a decent free of core shot worries. 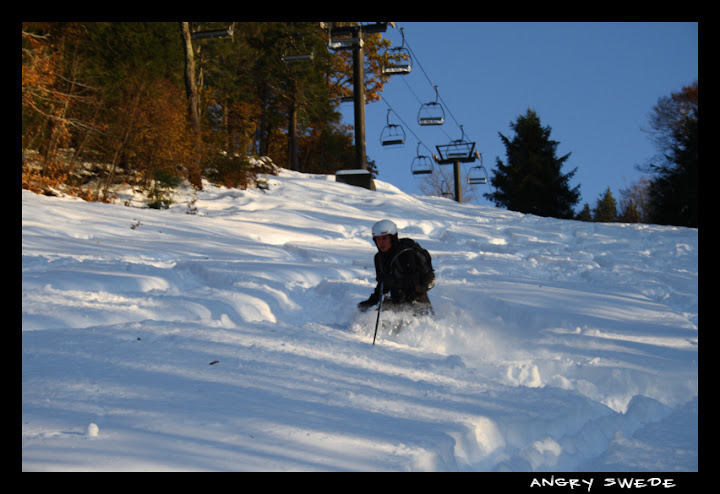 It’s only OCTOBER!? Could have fooled me. 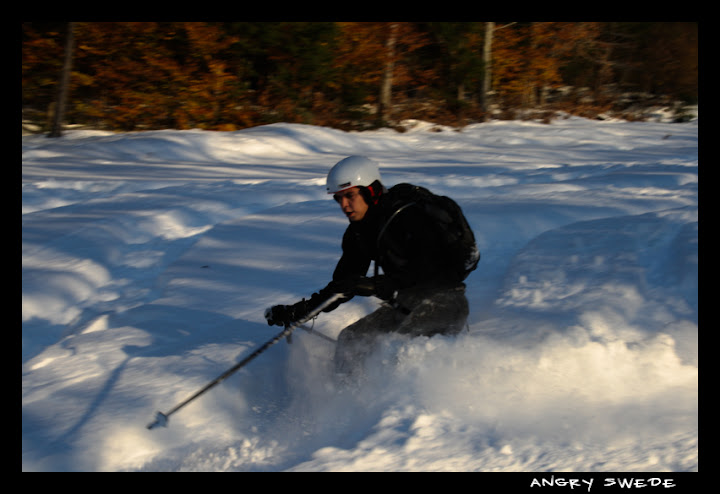 Snowliage in Snowtober, I guess it makes sense, but since when did snow become a prefix? 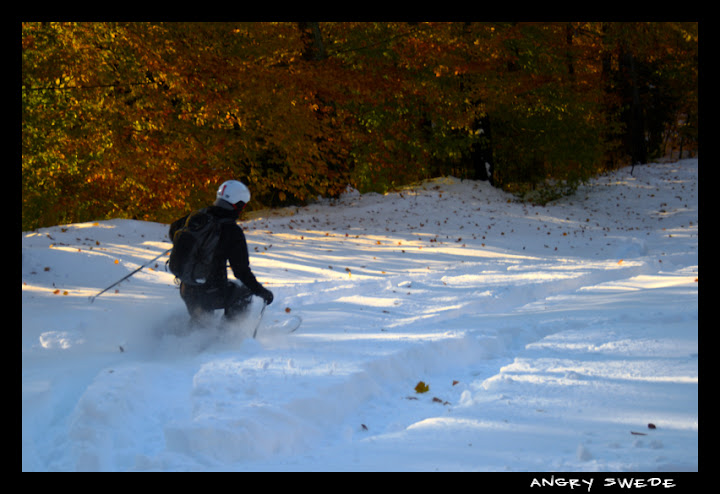