Friday afternoon came around and I said screw this plague I’m going backpacking.  Now, sitting at my desk every other keystroke interrupted by a coughing fit (slight exaggeration) I realize this was a foolhardy decision.  But what’s done is done, and I can only take so much sitting on the couch and medicating.  My decision to go may have been influenced by some weather reports indicating that water in the form of dendrites may be falling from the sky in the High Peaks region of the Adirondacks.

Approaching Big Slide Mountain via the three brothers the season is clearly Autumn.  The air and leaves holding that classic crispness. 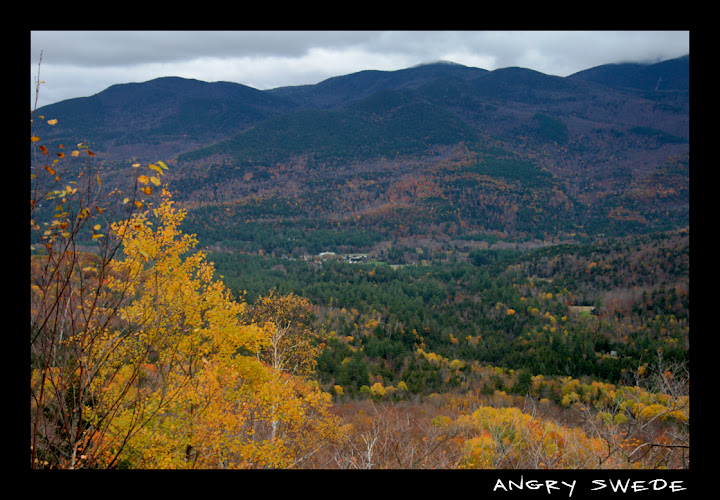 As sea level falls below our feet, so does the season.  I can feel the harsh bite of winter piercing the atmosphere.  Dreary clouds blot out the sun, the wind picks up, and fat rain drops splash around us at a slow cadence.  We can both tell it wants to snow.   As winter jams a foot in the door and then a hand it appears to sleet for a moment.  Was that snow? Now?  No, not yet.  That first flake of the season can be an elusive one.  We climb on.  Colder.  Wetter.  Now? 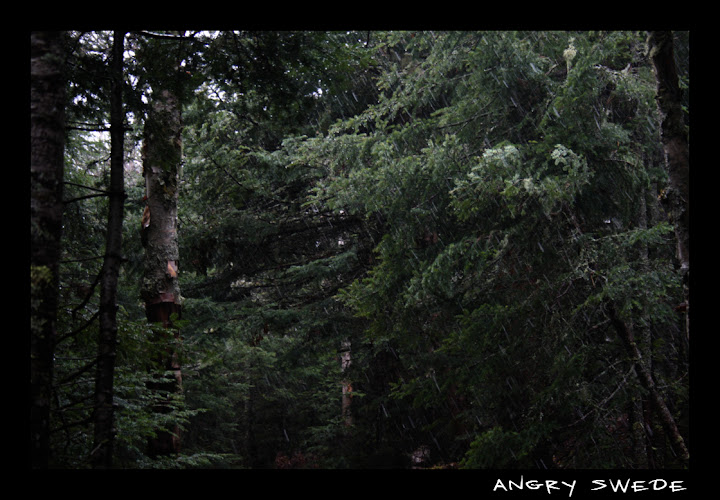 YES, clearly the good stuff. Much clearer than this picture indicates. 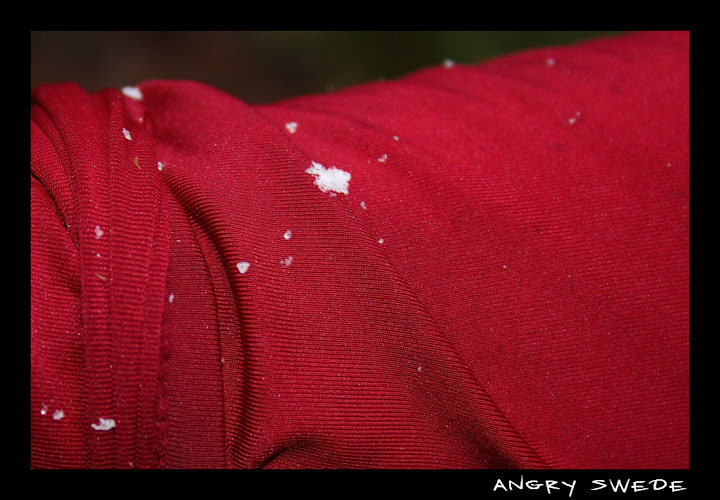 Our enjoyment was short lived as winter slunk back into its hole, the sun checked out and we were left with a cold rain that had picked up in intensity.

Nevertheless time spent in the mountains is always better than time spent at a desk, it was also pretty jaw dropping to view first hand the destruction caused by hurricane Irene. It looked like a crew of giants had clearcut swaths 100 yards wide down stream beds, pulling up full grown trees like weeds and tossing them in random piles as the went along. 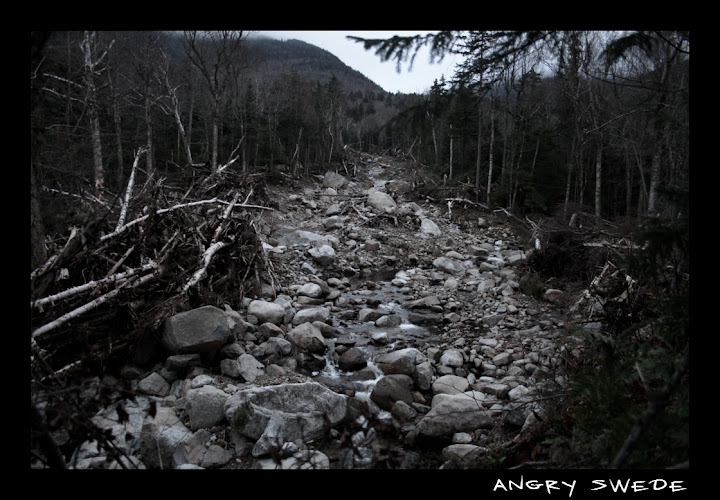 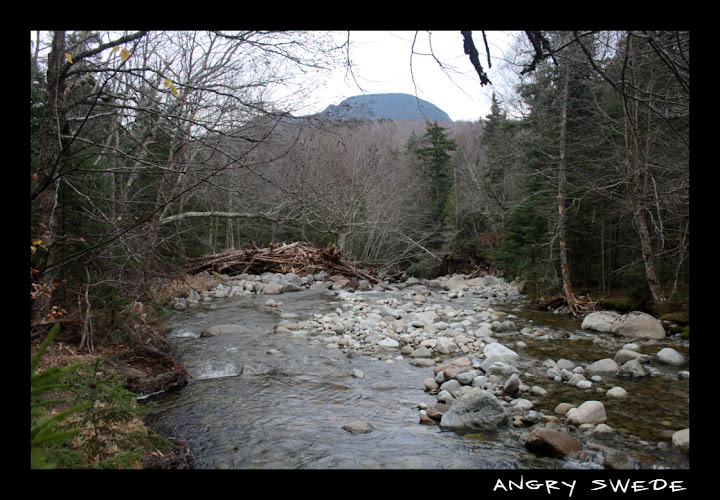 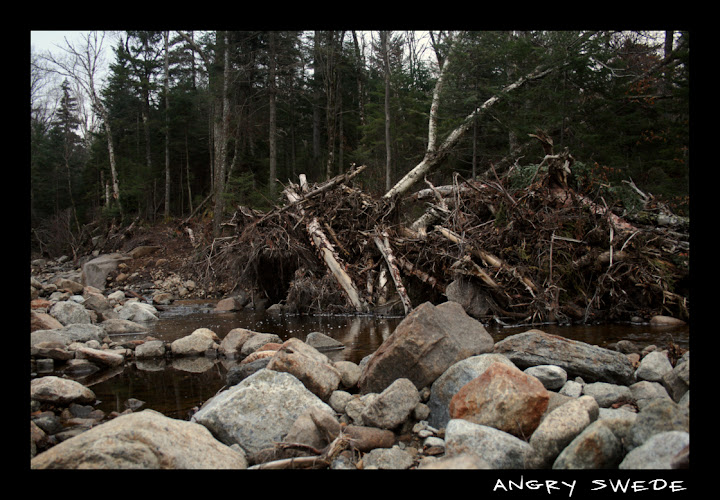 And of course it wouldn’t be a trip in the mountains without some waterfall viewing. 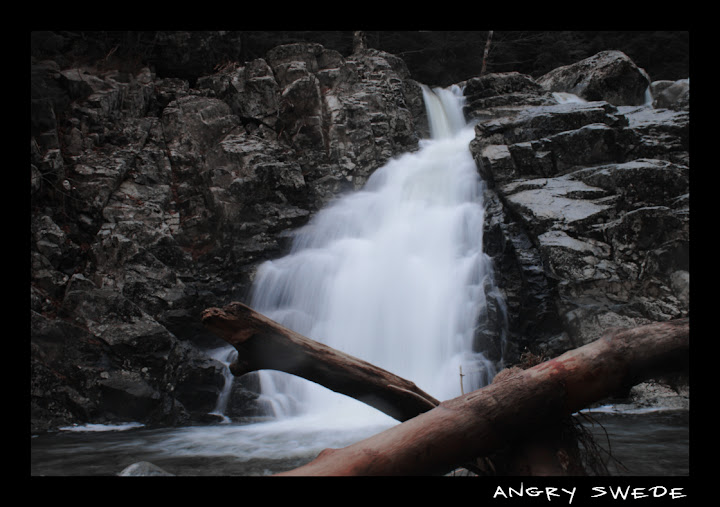