After our Friday tour of the Gulf of Slides tour, Christina and I stayed in the Mountains overnight hoping that Saturday would bring similar conditions for an attempt up the west side of Sir George. We awoke to howling winds and an overcast sky, not very inviting conditions for venturing to the highest point in New England. Monday forecasted a window of clear skies, which was somehow enough to get us back in the Suby heading to Pinkham Notch. Haggard and sleep deprived from celebrations in Boston, the drive was especially painful.   Arriving to a slick parking lot and well below freezing temps did not help anyone’s motivation.  If the precipitation up high had been anything other than snow it was sure to be a vertical skating rink, there was a chance we wouldn’t be skiing anything steep today. Whelp we might as well skin up to HoJo’s and check things out.

Tuckerman was completely socked in. 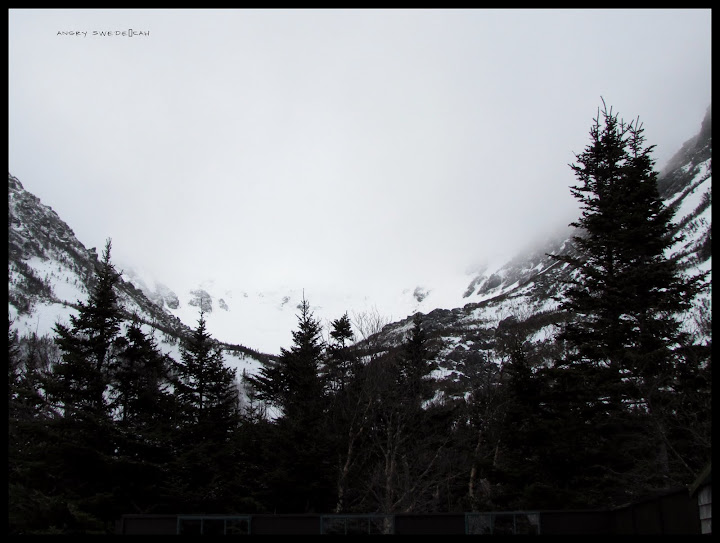 Looking over at Hillman’s there was a bit more skiing below the pea soup a few steps away.  The day’s avalanche report rated Hillman’s on the lower end of moderate due to some wind loading of the few inches of snow that fell over night.  We headed over for a look and finally reached the frozen solid slush to powder conversion elevation.  We switched to boot mode, and began easily punching through the crust up the gully. 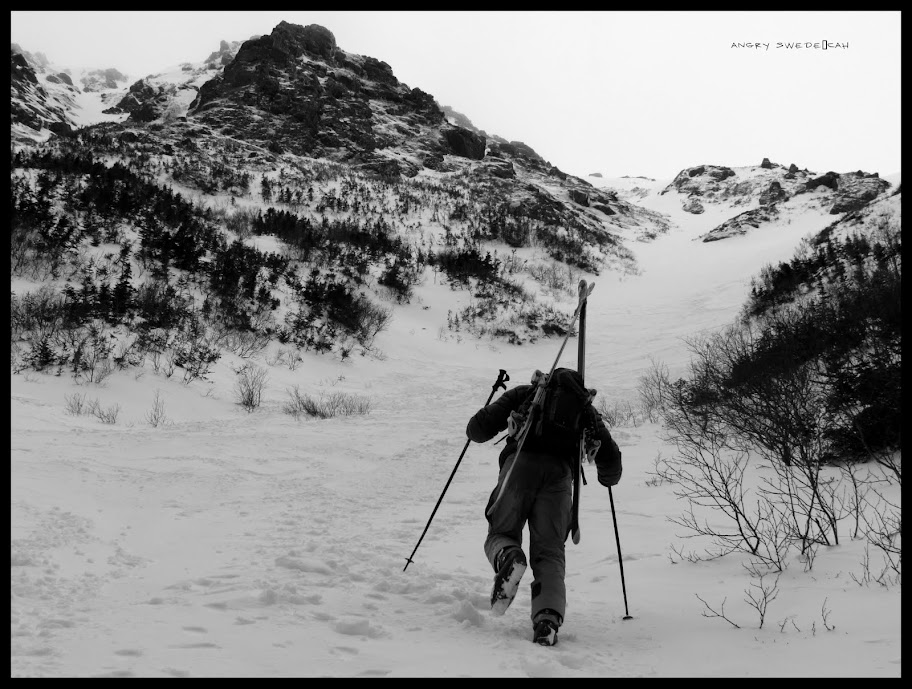 There was no time where I was wishing I was wearing crampons, but it would have been nice to have the fall protection of a whippet.  There were small pockets of windbuff powder here and there separated by the bulletproof crust.  Our descent would be sporty to say the least.  We stopped at the fork and decided to switch over to ski mode, It appeared as the chute steepened the surface got icier.  Neither of us were really interested in one of those long sliding falls the avalanche bulletin is always warning us about.  We were treated to that window of sun the forecast spoke of as prepared for our descent.

Christina eases into the chute and tests out the surface. 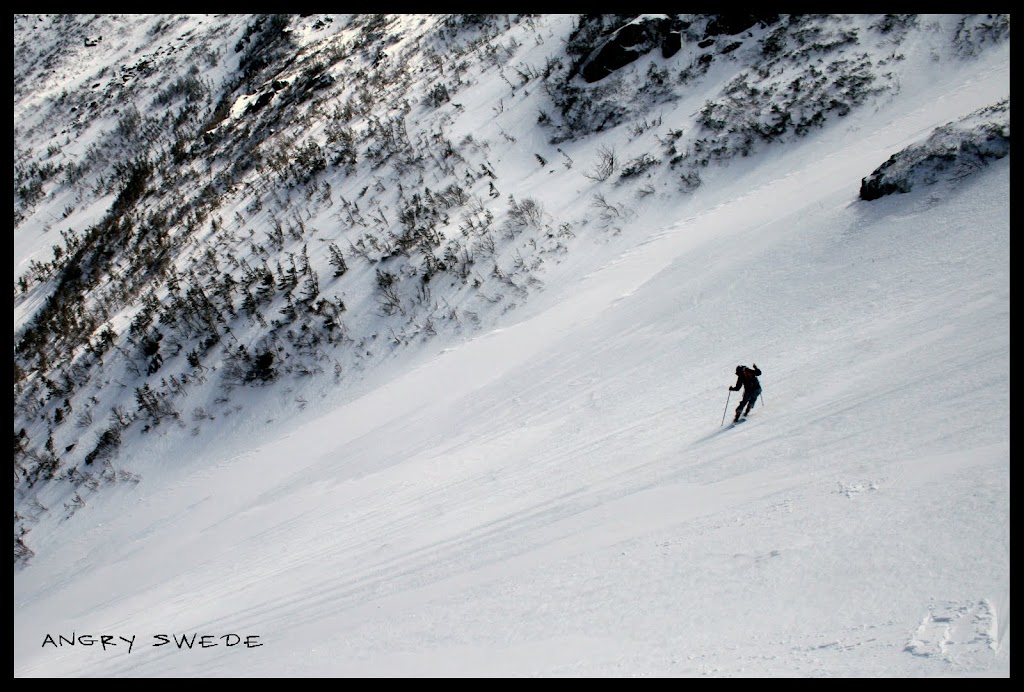 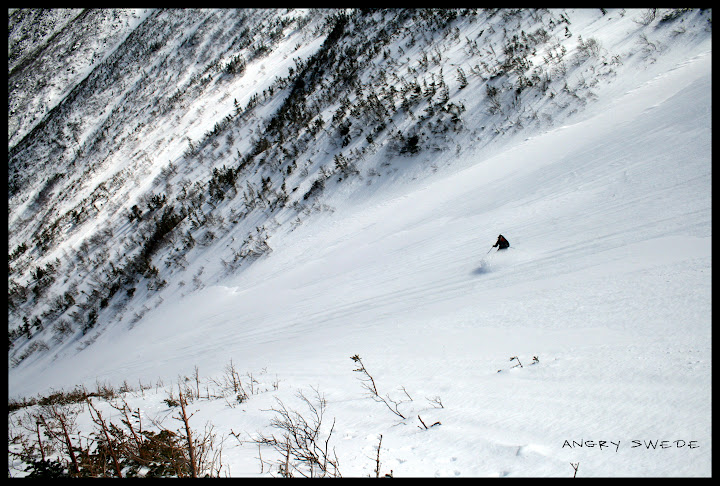 It really is big mountain skiing, and incredibly easy to feel very small. 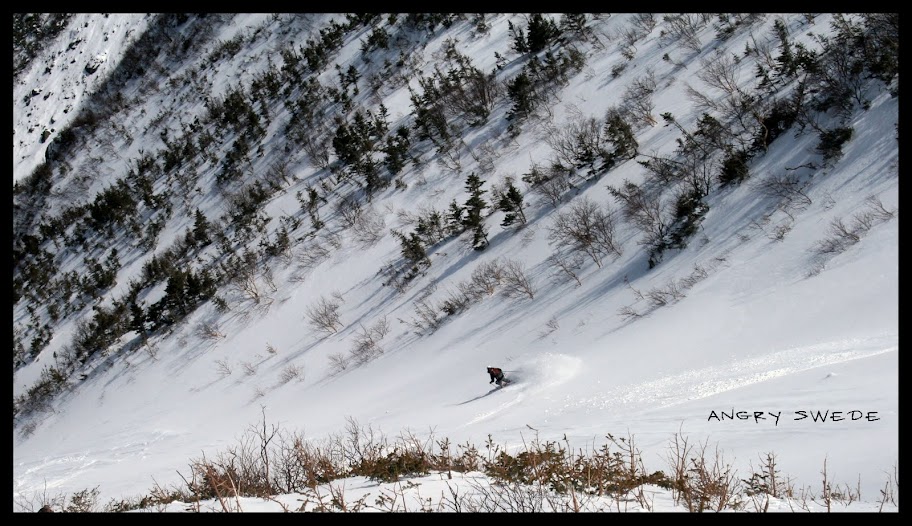 My turn to turn. 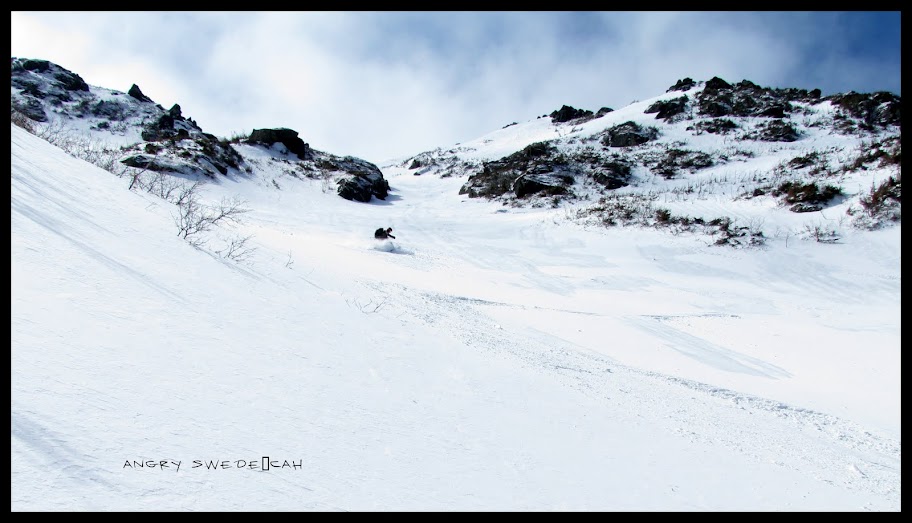 It was a dance between powder 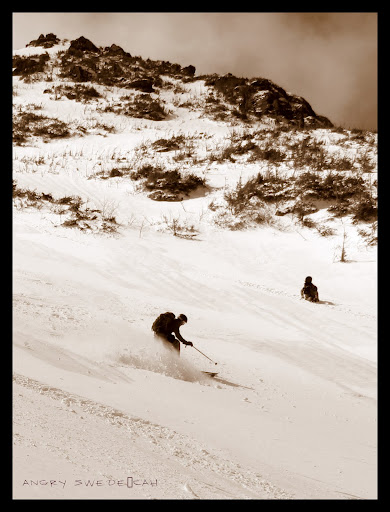 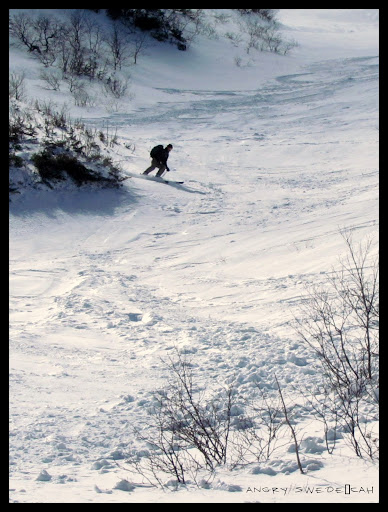 Back below the alpine we each exclaimed how happy we were with dragging ourselves out of bed in the morning.  Our efforts were rewarded further with a phenomenal ski down the classic Sherburne trail in prime spring conditions. 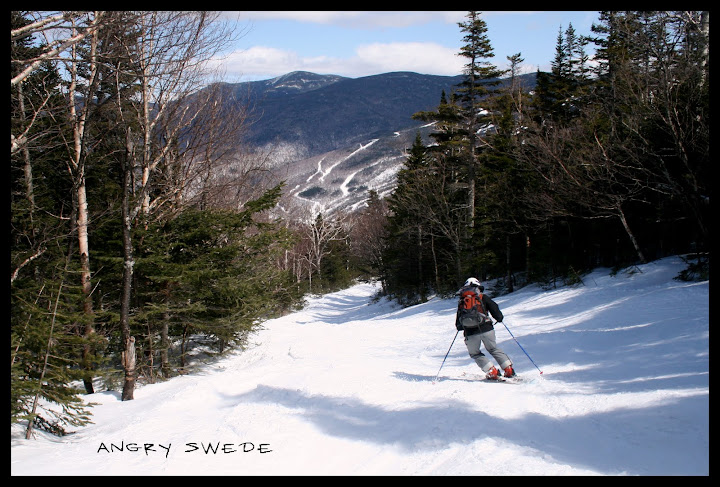 We arrived back at the car full from feasting on a shmorgishborg of sliding surfaces.

This entry was posted in Skiing and tagged Hillman's Highway, Mt. Washington. Bookmark the permalink.