Well I managed to convince Christina to leave Breckenridge for a while, and embark on a a tour of the East Coast’s big mountain skiing.  Last Friday we headed up to Mt. Washington, despite  countless sources forecasting skating rink conditions.  Full of optimism, we headed up from Boston at o’dark thirty.  There was plenty of action in the lot at Pinkham Notch even given the recent rain followed by below freezing temps.  We quickly found solitude on our journey to the less popular ravine.  If aspects in the Gulf of Slides stayed locked up our contingency plan was to traverse to an even more remote south facing gulf.  However, the sun followed us up the mountain, and did not have a cloud in the sky to deflect it’s powerful corn creating radiation.  Skiing was on in the Gulf of Slides. 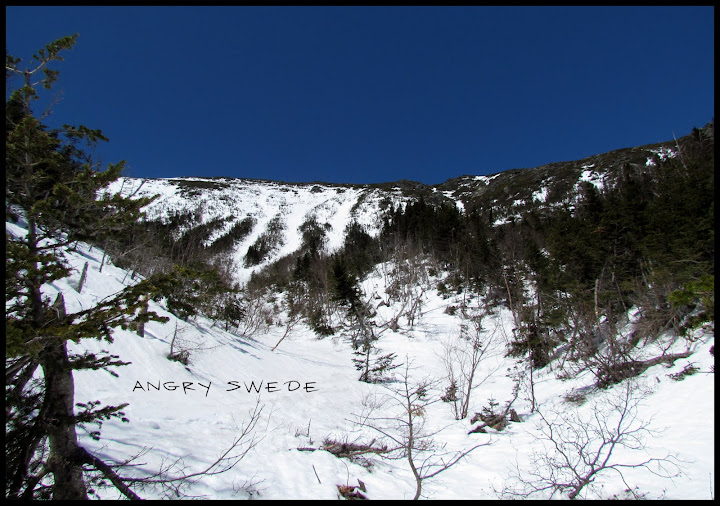 As they say, you won’t know unless you go.  We skied two laps in one of the gully’s before exiting via the ski trail.

I put together a short video of our journey.   Unfortunately, the quality is pretty garbage as I forgot to check the video quality setting on the camera before we started shooting.  Live and learn.