Similar to Loveland, Arapahoe Basin or A Basin as its patrons call it is just a ski area.  No condos suffocating the base area, just a parking lot filled each morning with people who love to ski. 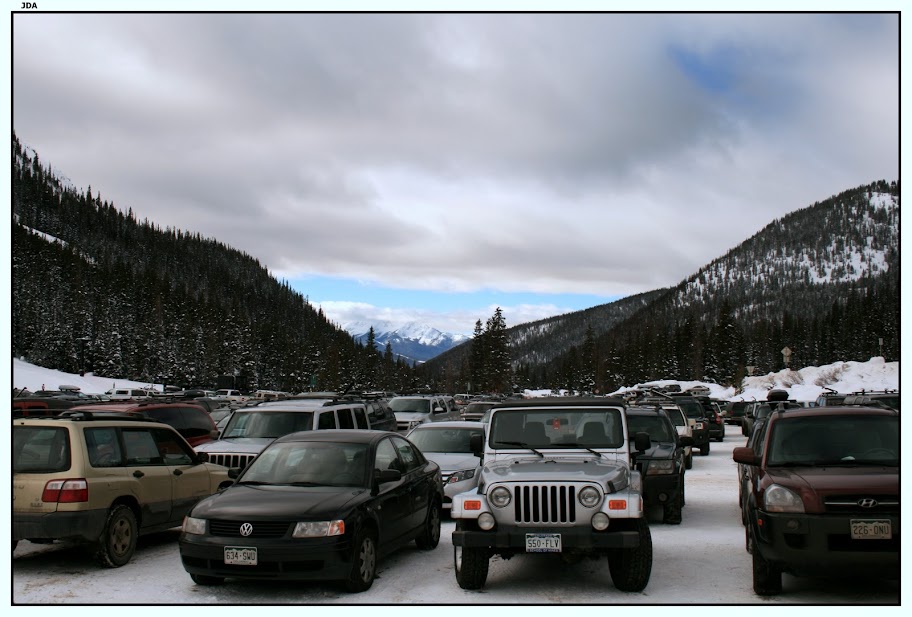 They have plenty of steep terrain if that’s your thing, it’s mine, and I didn’t even made it over to the Pallavicini face.  I have heard the lines get long on the weekend but the Zuma lift on the backside was almost ride on all day long.  The one time we did wait was when ski patrol was loading a kid on the lift in a sled who had broken at least his arm and maybe a leg too while hucking a cliff in Montezuma.  I have never heard such gut wrenching moaning before.   Props to ski patrol for doing what appeared to be a great job.  I’ll admit, I’ve got a man crush on those patrollers, and would love to be one if it wasn’t for the fact that I start to see stars at the talk of anything medical related.   So that’s out.

Anyways, we started the day by heading right up and over the front side 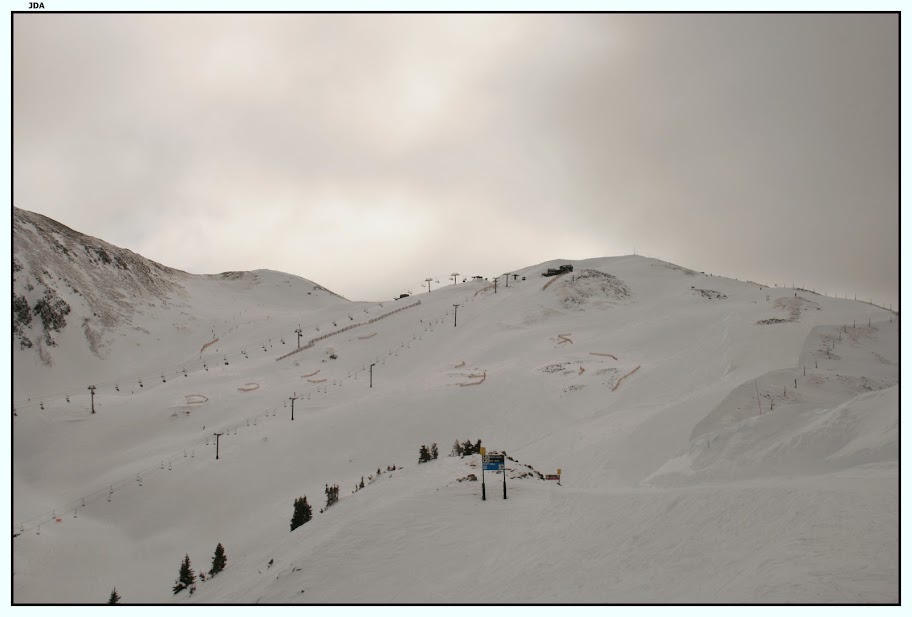 and into the Montezuma bowl. 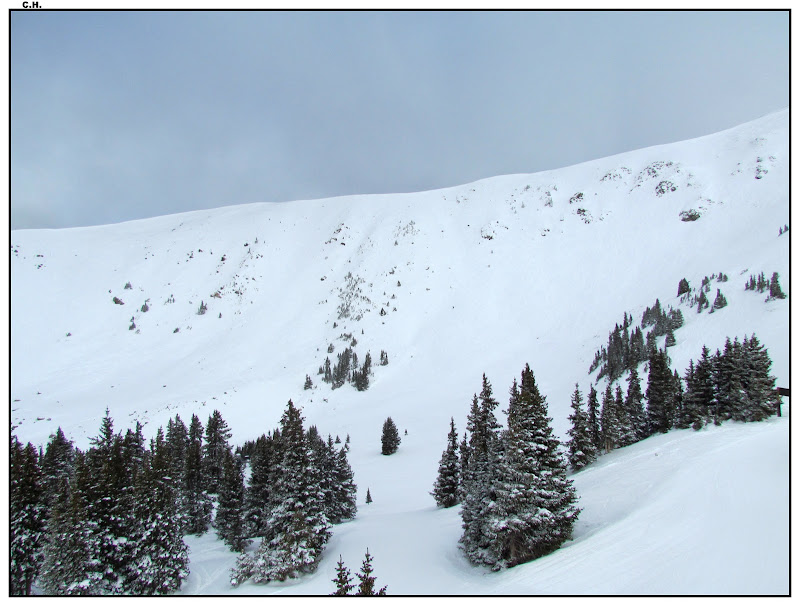 The chutes were all completely tracked out, but the snow was still plenty soft enough to enjoy steep turns all day long.  Those who traversed all the way around the bowl were rewarded with fresh tracks through a boundary glade.  It was a haul around the top of the bowl requiring an uphill both ways traverse to a long mellow downhill to another uphill. This last climb had the last laugh on everyone, no matter how much speed you carried through the downhill the hill was never eclipsed without skating or hiking. The snow in this faraway  glade was heavy in density,  and close to two feet had piled up with nary a track to be seen. 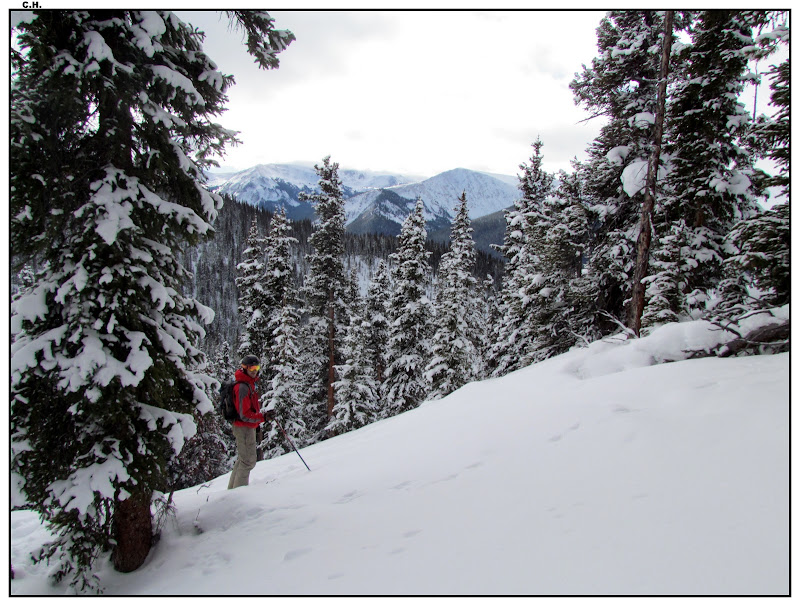 It wasn’t till mid afternoon that anyone caught on to this powder stash, but by that time my lungs were tired of traversing.

The long traverse along the top of Montezuma bowl had me really noticing the thin air for the first time.  the Zuma lift unloads at 12,472 feet above sea level.  The upper east wall chutes visible on the first lift ride on the front side quickly lost their appeal once I realized how strenuous the climbing would be for my sea level habitating body. 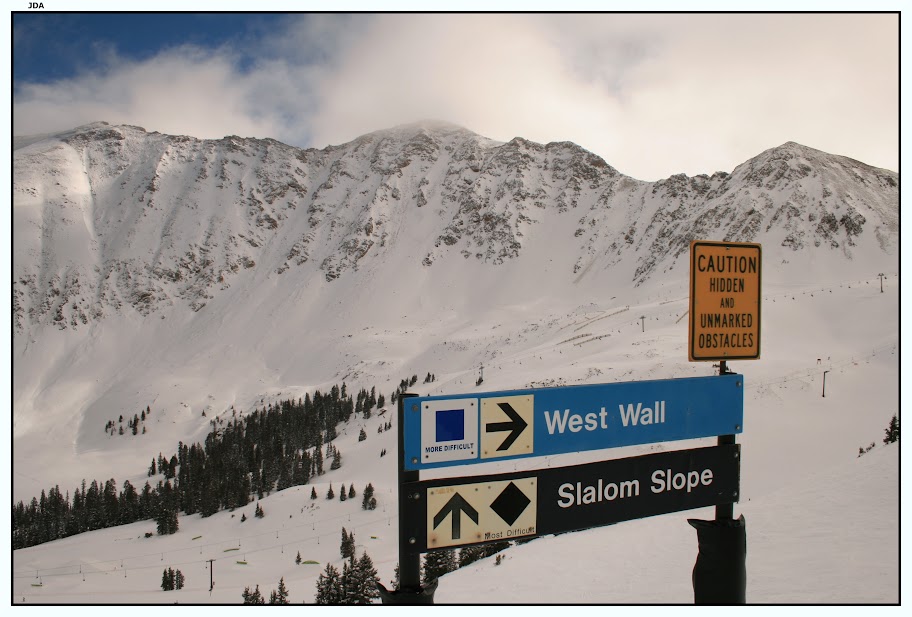 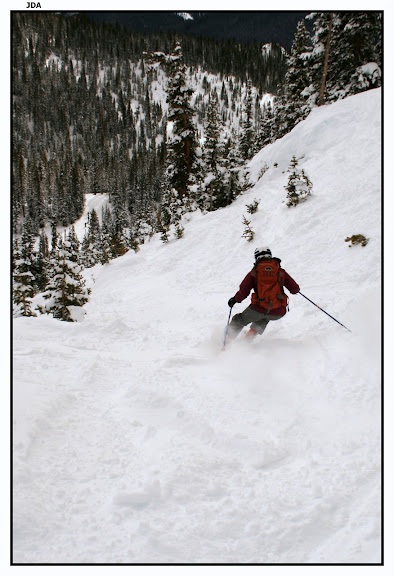 Even some LEVITATION, Holmes! 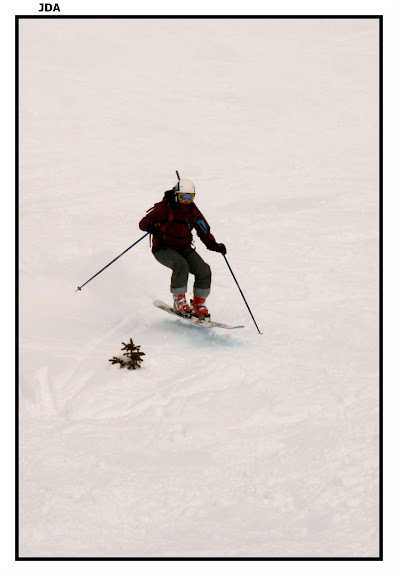 Wherever we were, beautiful mountain landscapes rose up all around us. 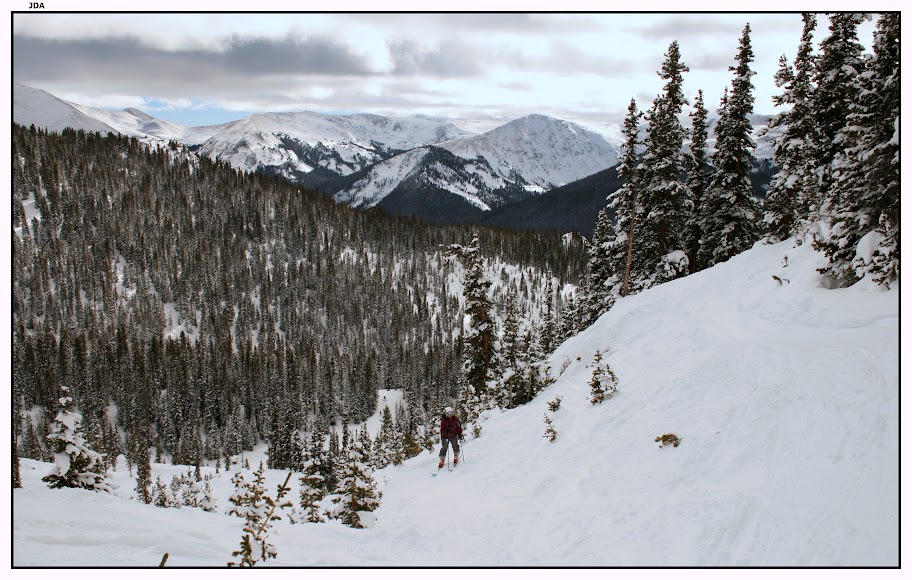 By the end of the day I was feeling foggy, rather groggy. 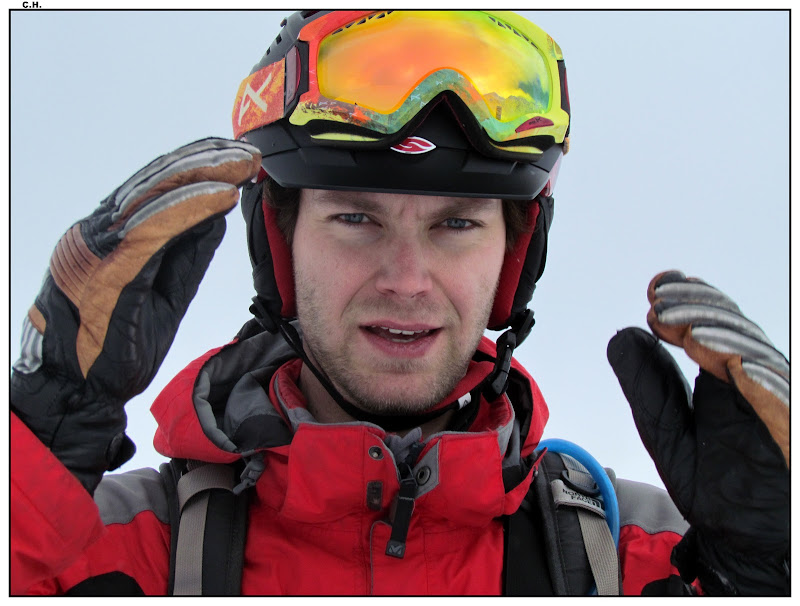 I was cramping up by 2pm and decided it was time to call it a day.  With the extra daylight off the mountain I tried snapping some artsy photo’s from Christina’s back porch. 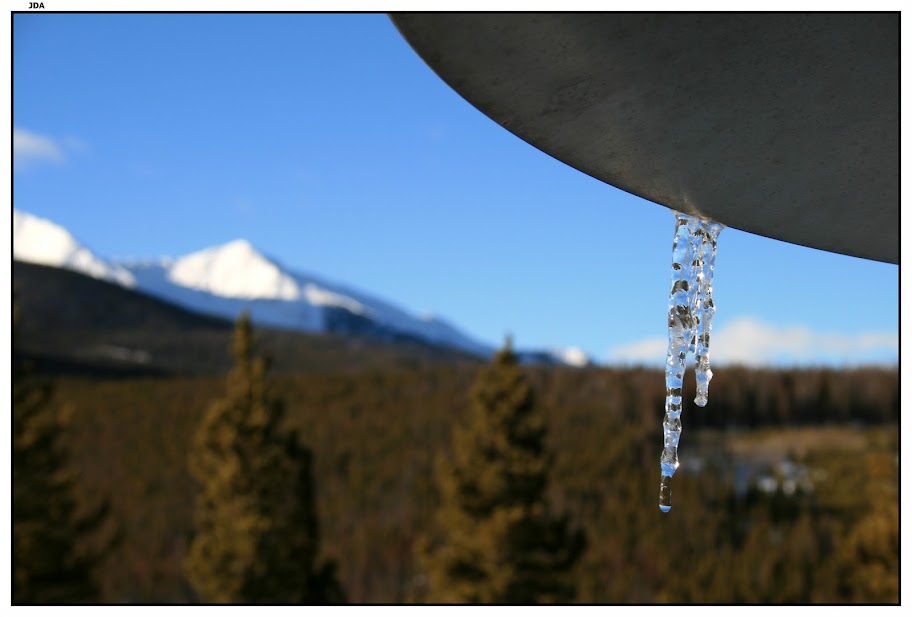 Up Next: The Behemoth, VAIL.